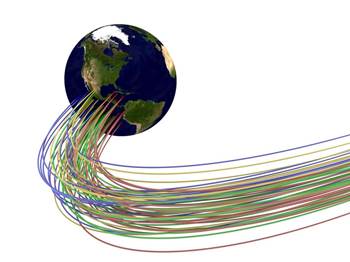 US regulators today advanced a "net neutrality" proposal that would ban internet providers from blocking or slowing down access to websites but may let them charge content companies for faster and more reliable delivery of their traffic to users.

For the next four months the public can weigh in on the rules proposed by the FCC in what promises to be a complex tug-of-war between some tech companies and consumer advocates on one side and Republicans and broadband providers on the other, over the extent to which the agency can regulate internet traffic.

Dozens protested the vote at the FCC today, as many consumer advocates have rejected FCC Chairman Tom Wheeler's proposal that may allow some "commercially reasonable" deals in which content companies could pay broadband providers to prioritise traffic on their networks.

Critics worry the rules would create "fast lanes" for companies that pay up and mean slower traffic for others, though Wheeler pledged to use all of his powers to prevent "acts to divide the internet between 'haves' and 'have nots.'"

"I will not allow the national asset of an open internet to be compromised," said Wheeler. "The prospect of a gatekeeper choosing winners and losers on the internet is unacceptable."

The FCC's move comes after a US appeals court in January rejected the agency's earlier net neutrality regulations, which said pay-for-priority deals "would raise significant cause for concern." To comply with the court, the new proposal suggests some pay-for-priority deals may be allowed, but also asks whether "some or all" such deals can be banned.

The vote was cautiously welcomed by both broadband providers and consumer interest and technology groups as both sides hope the ultimate rules lean their way.

Consumer advocates want the FCC to reclassify internet providers as utilities, like telephone companies, rather than as the less-regulated information services they are now - a plan vehemently opposed by broadband companies and Republicans, both in Congress and at the FCC.

"Nothing should be taken off the table as this discussion evolves," Michael Beckerman, CEO of the Internet Association that represents companies including Google and Netflix, said in a statement, adding that his group will "advocate for the FCC to use its full legal authority to enforce rules that lead to an open internet."