US commission bans some HTC phones 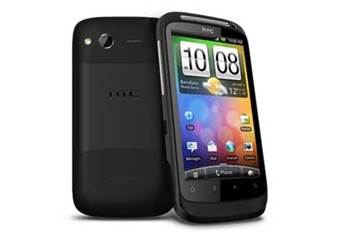 HTC will be banned from importing new versions of some of its smartphones into the US from April next year after a long-awaited ruling by the country's trade commission found the Taiwanese manufacturer infringed one of Apple's patents.

According to patent blogger Florian Mueller, the patent covers a smartphone's ability to automatically recognise phone numbers and other usable data in text and highlight them as links which can execute on that data in other applications.

"The import ban won't relate to HTC Android products that don't implement that feature, or that implement it in ways not covered by those patent claims," Mueller said following the ruling.

It was one of four patents asserted by Apple in a US court in July, before the matter was referred to the US International Trade Commission (ITC) for review. The commission postponed its ruling twice this month.

While finding HTC had violated two claims asserted under the data tapping patent, the commission reversed the US court's July finding that HTC had also violated other Apple patent claims.

According to the ITC's ruling [pdf] released this morning, HTC will be able to continue importing refurbished models of the infringing smartphones until the end of 2013 to cover any replacements required for those who had already purchased the phone.

It enforced the ban from April next year to "provide a transition period for US carriers".

Mueller said the ITC's judgment was a narrow victory for Apple but based on a patent of "medium value".

"If Google can implement this popular feature, which users of modern-day smartphones really expect, without infringing on the two patent claims found infringed, this import ban won't have any effect whatsoever."

Forbes quoted a HTC spokesman as saying the company would "completely remove" the infringing feature from its phones to circumvent the ruling.

The ITC is simultaneously reviewing another decision between HTC and Apple this month.