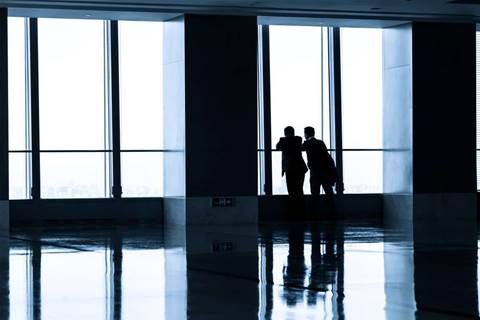 US prosecutors today announced charges against two men they said participated in a ring of information-sharing that led to illegal trading in a technology company acquired by IBM in 2009.

Both were arrested during the morning, and later pleaded not guilty in Manhattan federal court. Their lawyers declined to comment following the arraignment.

Three people have already admitted to sharing and trading on secret information - including an Australian man, Trent Martin - provided by a corporate lawyer working on IBM's purchase of software maker SPSS in 2009.

The lawyer, who has not been charged, was identified in a related US Securities and Exchange Commission lawsuit today as Michael Dallas, a former associate at the New York law firm Cravath, Swaine & Moore.

Authorities said Dallas shared information about the SPSS deal with Martin, his friend and an analyst at Royal Bank of Scotland, who then told his roommate Thomas Conradt, who worked at Euro Pacific Capital.

Martin, Conradt and Weishaus pleaded guilty last year to charges related to the trades, and agreed to cooperate in the investigation.

Payton and Durant were also working for Euro Pacific at the time of the trading, according to public records kept by the US Financial Industry Regulatory Authority.

FINRA records show they left Euro Pacific at the same time the SEC informed the firm it was investigating them for options trades they made. The firm is not named in the indictment, which describes it as "Securities Trading Firm-1."

Andrew Schiff, director of marketing at Euro Pacific, said the firm cooperated in the investigation and has terminated employees who were implicated. He said the firm has received no indication from the SEC or FINRA that it might be a target.

According to the indictment, Durant said he had heard about SPSS while researching investment opportunities on Fidelity.com, while Payton claimed to hear about the stock from Durant.

The men then refused to answer further questions about the trades and were fired, the indictment said.

The indictment also cited an unnamed co-conspirator at Euro Capital who also bought options based on the inside information, resulting in a profit of US$44,250. That person's identity could not be immediately determined.