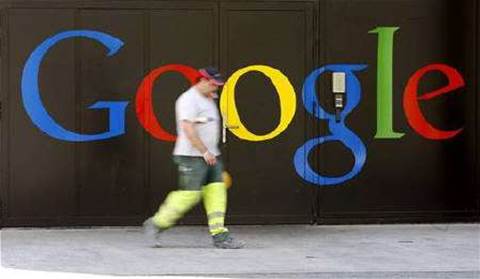 Google has received the civil equivalent of a subpoena from the U.S. Federal Trade Commission as part of a probe into the giant Web company's Internet search business.

The company, which dominates U.S. and global markets for search advertising, has been accused by competitors of favouring its own services over rivals in its search results.

Google acknowledged taking receipt of a subpoena from the FTC in response to a report in the Wall Street Journal.

Google claims it was "unclear" what concerns prompted the investigation, but sources told the WSJ that the request for more information, with a deadline of five days, concerns Google's dominance of the Web search industry. Google has been under investigation by the European Commission since last November.

Complaints has been filed with regulators on both sides of the Atlantic, many from Google rivals who specialise in vertical searches like price comparison websites, which are widely seen as a threat to Google's position as a key gateway to online information.

"We respect the FTC's process and will be working with them over the coming months to answer questions about Google and our services," the company said in a statement.

Investment analysts said a new FTC investigation would be costly for Google.

"The distraction that comes from a federal investigation should not be underestimated," Colin Gillis of BGC Partners said, noting that one of Google's best options to grow -- by moving into adjacent markets -- was being hampered by antitrust probes.

Gillis noted that the real cost of the FTC investigation was not financial. "The issue comes down to management distraction, that's a real cost," he said.

Google has been in a stock slump. Share prices began the year a touch above US$600, but are now below US$500.

Google has weathered other antitrust setbacks. The company walked away from a search deal with Yahoo! in 2008 when the U.S. Justice Department signalled it was prepared to challenge it.

A New York judge has said that a deal Google had made with publishers and authors to create a massive digital library was illegal, partially because it effectively gave Google the rights to books that are in copyright but whose authors cannot be found.