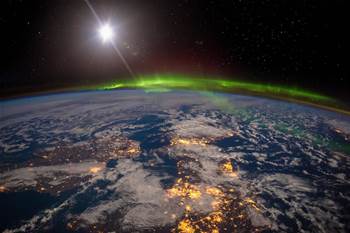 The International Space Station is set to host Western Sydney University’s groundbreaking camera technology to study atmospheric conditions that impact communications systems and high-altitude aircraft thanks to a new partnership with the US Air Force Academy.

Pixels on the system operate independently of one another and only record changes in the amount of light coming in, meaning it can capture a higher dynamic range than standard imaging sensors and is optimal for tracking moving objects against static backgrounds.

Now it will be put to work studying Transient Luminous Events (TLEs) from space.

Lead researcher at the International Centre for Neuromorphic Systems at WSU, Associate Professor Gregory Cohen, said that despite TLEs’ ability to impact the earth’s atmosphere and potential to disrupt critical global communications systems and high-altitude aircraft, little is known about their behaviour.

“These cameras have never been used in this way before, the technology is a really significant innovation, developed in Western Sydney, that we’ll be looking to take forward with the Australian space industry.”

The hardware for the system is currently being assembled and tested in parallel at Western Sydney University and at the United States Air Force Academy in Colorado Springs, with a launched date slated for early next year.

Data collected from the ISS will be sent to WSU for research and analysis.

The university’s deputy vice-chancellor for research, enterprise and international, Professor Deborah Sweeney, said that WSU is also exploring other applications for neuromorphic technologies.

“The project with the International Space Station is just one of many applications of neuromorphic systems – the University is working with government, big-tech partners and local businesses to use this platform to solve real-world challenges and create new industry,” she said.

Cohen told iTnews when the camera debuted last year that its high dynamic range and ability to blank out effectively useless data from static sections of the field of view means the system is readily applicable to satellite tracking - and it can even operate during the daytime.