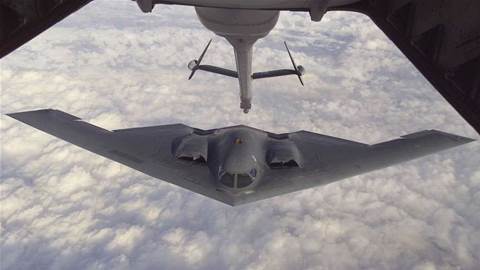 Project blows out in cost, time.

The US Air Force will work on an alternative ground control program and explore outside options to hedge against further cost spikes and delays on Raytheon's troubled ground control system for next-generation GPS satellites.

The Air Force today said a "deep dive" review led by the Pentagon's chief arms buyer last week resulted in a further two-year delay in completion of the Raytheon program and potential cost increases, but gave no additional details.

The delays and cost increases are the latest troubles facing a program slammed as "a disaster" by General John Hyten, commander of Air Force Space Command.

Raytheon won a contract worth up to US$1.5 billion in 2010 to develop the GPS operational control system, or OCX, to operate the next generation GPS 3 satellites being built by Lockheed Martin.

By December 2014, the program's projected cost had soared to US$3.6 billion, including inflation, due to increased cyber security requirements and poor contractor performance, according to Air Force and Pentagon officials.

Earlier this month, Air Force officials estimated that the program could require an additional 47-month delay that could send its total cost, including inflation, as high as US$5.6 billion, according to a source familiar with the issue.

However, officials agreed at last week's deep-dive review to stretch the program only for 24 months, which should result in a smaller cost increase, said the source, who expressed continued skepticism despite the belief of some Air Force officials that the program was now beyond the worst of its problems.

"This program is a big mess and there aren't any good options in terms of how to fix it," said the source, who was not authorised to speak publicly.

Starting from scratch with a new contractor would take too long, the source added, but the current plan meant that the Air Force would be unable to test or use the full capabilities of its new GPS 3 satellites for years after they were launched. Needed cyber security protections would also be delayed.

At the review, officials agreed to expand oversight of the program; institute quarterly reviews by the Pentagon's top acquisition official, Frank Kendall, and Raytheon chief executive Tom Kennedy; and expedite contingency plans meant to ensure the older GPS ground control system could be used to operate the new GPS 3 satellites until the new system was done.

The Air Force also agreed to continue work on an alternative ground control system and explore options outside the OCX program, including adding military code functions to other systems, to hedge against further cost growth and delays.

Air Force officials had no immediate comment on the plans for the program, or the cost estimates prepared earlier this month.

The company is now expected to complete work on the OCX system by July 2022, two years later than expected in a revamped baseline established in October, the document showed.

The longer 47-month delay would have increased the program's cost by over 30 percent from its current baseline, or 50 percent above the initial plan, triggering a live-or-die review of the program required under the Nunn-McCurdy law, the document said. It said it was uncertain if the shorter delay would also trigger such a review.