UNSW winds back wi-fi data collection on staff and students 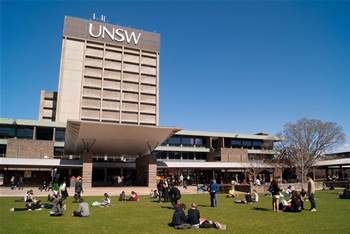 To avoid being "creepy".

UNSW is re-examining its approach to non-research data collection after an analysis of campus wi-fi logs turned up more information than the university wanted to know.

When UNSW's chief data and analytics officer Kate Carruthers and her team looked at the wi-fi data - including login information and the access point through which users' connected - they were able to figure out who was using bathrooms on campus and when.

Speaking at Sydney’s CeBIT conference last week, Carruthers said the experiment showed that extensive data acquisition and analysis can easily go beyond what people reasonably expect when they sign up to a service.

When it comes to bathroom use, “we don’t really want to know that from the wi-fi data," she said.

Despite this, Carruthers said networks were often set up to inherently acquire data "without much thought of what we’re going to do with it and how we’re going to secure it”.

“On the research side of things most universities have mature ethics processes, but we have not thought much about applying this discipline to our business operations,” she told iTnews.

Carruthers said UNSW had over 60 years' experience managing the ethical collection of data for research, but up until recently, nobody had thought to apply those ethics to other kinds of data the university is now able to collect.

“We’re starting to ask those questions," she said. "I think that’s really important.”

Carruthers said the university would still use some de-identified wi-fi data for administrative and planning purposes.

But she believes the university's transparent approach will help it to gain trust.

Carruthers said UNSW is inviting feedback from staff and students on its “experiments” with identifiable data collection and use.

This includes a trial in which students sign into classes simply by accessing the classroom’s wi-fi.

Carruthers told CeBIT that more people are realising the importance of non-creepy data governance in the wake of the Cambridge Analytica scandal.

She said that one of the ways to guide questions around ethical data governance is to develop or use framework tools such as the Ethics Canvas.

It’s also a tool the university’s academics use when they start planning their research.

“This is a canvas based on the sensible business canvas and it asks a bunch of questions based on what you’re planning to do,” she said

“It could be very easily done. It’s not an onerous process.”