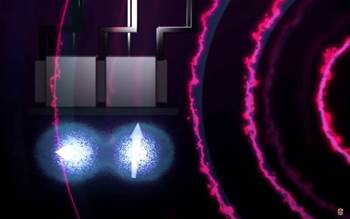 Commercially available quantum computers are still a long way off, but now thanks to researchers at UNSW Sydney we’ll at least be able to test how accurate their operations are.

Building on their earlier work to build the first quantum logic gate in silicon, the team led by professor Andrew Dzurak were able to measure the fidelity of two-qubit logic operations in silicon for the first time.

The results, published today in science journal Nature, show the fidelity of operations can already reach 98 percent, paving the way for further improvements and the ability to scale up quantum systems to a commercially viable level.

While Google, IBM and other tech giants are prototyping quantum computers with tens of qubits, Dzurak warns millions of qubits will be needed, “and you're going to have to correct quantum errors, even when they’re small”.

“For error correction to be possible, the qubits themselves have to be very accurate in the first place – so it’s crucial to assess their fidelity,” he said.

“The more accurate your qubits, the fewer you need – and therefore, the sooner we can ramp up the engineering and manufacturing to realise a full-scale quantum computer.”

To benchmark the accuracy of a two-qubit system, they performed a number of randomised trials using “Clifford gates”, which are the basic operations able to be performed with qubits that produce a specific orientation of particle spin, dependent on the other particle in the pair.

“We achieved such a high fidelity by characterising and mitigating primary error sources, thus improving gate fidelities to the point where randomised benchmarking sequences of significant length – more than 50 gate operations – could be performed on our two-qubit device,” Huang added.

Dzurak said the high fidelity of such complicated sequences is promising for the future of silicon as the medium for quantum computing.

“The fact that it is near 99 percent puts it in the ballpark we need, and there are excellent prospects for further improvement.”

“We think that we’ll achieve significantly higher fidelities in the near future, opening the path to full-scale, fault-tolerant quantum computation. We’re now on the verge of a two-qubit accuracy that’s high enough for quantum error correction.”