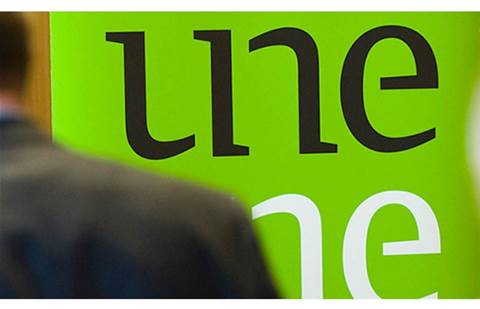 When a UPS ‘exploded’ it was obviously time to change strategy.

When all the fans in an uninterruptible power supply (UPS) “basically exploded”, Martin Lindeman knew it was time to change his data centre strategy.

Lindeman is the University of New England’s (UNE’s) associate director for cloud infrastructure services and on Tuesday explained to iTnews that the University runs inside a 22  year-old data centre that was refreshed a dozen years ago, but that now has significant problems.

“I could show you videos of leaking roofs when it used to rain in Armidale, although it doesn’t seem to rain any more,” Lindeman said, and explained the under-investment in the facility was driven by a belief that a move to the cloud would happen and simplify matters.

“We’ve dodged some bullets,” he confessed. “We had a major outage with our UPS about six months ago, when basically all the fans in it exploded and the thing was on life support.”

“Our team really performed some diving catches. I’ve got photos of blower fans that they bought from Bunnings to keep the thing cool. We had to put it on bypass, we were running our data centre on our diesel generators for about 36 hours, because we couldn't have the mains coming in.”

Which meant over 100 apps – HR, databases, all the software needed to keep the University running – were in less than ideally-resilient configuration!

“We were reaping what we sowed from under-investment,” Lindeman said.

And the cloud was no swift savior.

“The cloud project was always coming, but it just took longer than everyone anticipated. Initially, we were just going to do a lift and shift from on-prem, straight to public cloud.”

But when Lindeman came to the University, he found that plan hadn’t been informed by analysis of workloads or detailed financial modelling.

“I came to a realisation that lift and shift to public cloud was going to end very badly.”

So Lindeman developed what he calls an “interim strategy”.

“And really, that was private cloud, I need to get out of this data centre. Data centres are not our core business. It's not what we do. We only have one data center, we don't really have proper backup, we have a colo arrangement with Macqaurie Cloud Services. And that's fine. But it's not true redundancy.”

So Lindeman issued an RFP for a hosted private cloud that could offer the same VMware environment UNE uses, to make it easier to migrate its 600-plus virtual machines.

Lindeman described the RFP process as “very black and white in terms of mandatory items” but said the real work of selecting a supplier starts after identifying potential partners that tick all the right procurement boxes.

“The real fun begins with actually engaging with the bidders on your shortlist, and really saying ‘Can they actually follow through on this and really demonstrate knowledge when it comes to detailed design? Can they ask intelligent questions and do I really understand what they're doing?”

Lindeman said that process quickly satisfied his team that Macquarie fit the bill, in part because it’s worked with VMware for over a decade and is one of its more prominent hosting partners. It didn’t hurt that UNE and Macquarie already had a business relationship.

Macquarie could also deliver UNE’s requirement to have two locations for redundancy and resilience, plus connections to AARNET and to public clouds so that when UNE moves into the next phase of its plans it can take advantage of IaaS and public-cloud-hosted services. Moving from locally-hosted servers on the University’s Armidale campus to kit in Sydney wasn’t a problem: Lindeman said UNE can comfortably wear the eight millisecond latency impost that comes with the round trip.

But price was a sticking point.

“The project nearly fell over just because our budget was ‘X’, but our preferred supplier was ‘X+Y’. And there was a gap. We were scratching our heads thinking, how are we going to make this fly?” Lindeman said.

“And so at that point we decided to engage with our preferred vendor and ask what they can do.”

That vendor was Dell and what it could do was offer a trade-in on UNE’s storage arrays – even though they were machines from its rival HPE.

“They came to the party there in terms of a competitive trade-in,” Lindeman said.

UNE has now started to move some workloads to its new Macquarie-hosted environment. For now the University is only testing things out in the VMware-and-Dell-powered rig, which is owned by Macquarie and provided under an SLA that outlines required performance, but also allows for elasticity if required.

Lindeman said UNE plans to complete its migration by the end of 2019. Its deal with Macquarie runs for three years, and during that time he and his team will plan how the University will start to make more use of public cloud.