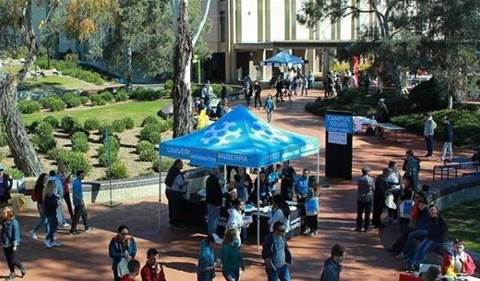 A learning analytics tool developed at the University of Canberra (UC) is giving students and staff real-time feedback on learning and teaching progress.

The InterFace app has continually evolved since it was built in 2015, providing new tools for students and educators alike to track and even predict their progress.

“When we first rolled InterFace out in 2015, it was more of a reporting tool,” said UC’s deputy director of Projects and Innovation, Information and Technology management Rebecca Armstrong.

The reporting and analytics platform works by drawing data mainly from the university’s learning management system, as well as other key areas, Amstrong told iTnews.

“In 2016 we increased the platform’s interactivity and made the design more user-centric.”

That involved giving students and their teachers more granular insights into their progress and engagement with each unit of study and increasing the tool's capacity to give timely feedback.

While all universities survey their students about the quality of their educational experience, response rates can often be so low there’s a valid risk that the data won't accurately reflect a cohort’s experiences.

Before the deployment of the InterFace student experience questionnaire (ISEQ) to capture student satisfaction levels, only about nine percent of students bothered to respond, Armstrong said.

Since the integration of surveys into InterFace, however, the response rate has quadrupled to 36 percent.

The feedback is also coming mid-unit, meaning educators can use the data and performance metrics to address problems before they have a chance to escalate.

Probability graphs highlight students who might benefit from extra support, allowing for targeted solutions to be developed or the university’s student support services to become involved.

The university’s executives have their own version of the platform, InterFace X - a dashboard that shows how individual units, courses and whole faculties are performing in terms of student engagement and retention.

The university is currently integrating InterFace data with its customer relationship management (CRM) system to provide a comprehensive 'single view of customer' across the institution.

The platform has caught the eye of other universities, which had expressed an interest in adopting the technology, Armstrong said.

However, while the university is open to partnerships, Armstrong noted InterFace many require some redevelopment before it can be integrated with other universities’ core systems.