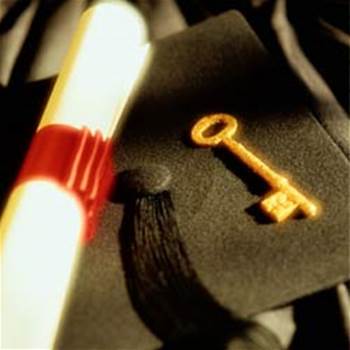 Too early to call an end to student decline.

Several Australian Universities have reported a sizable increase in the number of first round offers made for IT and computer science degrees this year.

The University of South Australia, University of Technology Sydney and La Trobe were among those to achieve marked increases in the number of first round offers made.

Victoria University also reported a rise but was not able to provide a breakdown of figures to a computer science level.

Only one University spoken to by iTnews - The University of Queensland - reported "flat" growth rates.

UniSA's head of the school of computer and information science Professor Andy Koronios told iTnews his school had seen a year-on-year increase of around 20 percent, which he attributed to a "modernisation" of its offerings to students.

"The numbers have really been going down over the past five years," Koronios said.

"It appeared to begin to level off last year but it was just a much smaller decline than in previous years.

"We've now had a significant recalibration of the different degree programs in this school and the numbers have kind of reversed. We saw an 18 to 20 percent increase year-on-year this year which is a very pleasant surprise for us."

Koronios said UniSA had made its degrees "a lot more experiential" and provided students with more opportunities to get practical on-the-job project experience.

"That seems to attract students," he said.

"Network and security programs have been star performers in demand this year."

Koronios was unsure whether the increase was a sign that the days of declining student enrolments in technology degrees were numbered.

La Trobe, meanwhile, said its faculty of science and technology had increased the number of first round offers by 8.25 percent this year compared to 2009.

A spokesman for University of Technology Sydney told iTnews its Bachelor of Science in Information Technology degree was up 14.8 percent in main round offers.

"The scholarship program has [also] made more offers than the previous year," the spokesman said.

A Queensland University of Technology spokesman said it had seen an increase of 4.3 percent in total offers.

Victoria University reported an 8.9 percent rise in first round offers made by its Health, Engineering and Science faculty.

A spokesman could not provide a more granular breakdown of that figure at the time of publication.

Only the University of Queensland said its total offers made to date were "slightly lower than last year."

"At the moment we're a little bit down on the total number of offers we made to the end of last year," a spokesman from the University's planning department said.

"We're probably less than 10 percent lower but there's still a few more offers to be made in February so I'd call the trend flat."

Are you studying computer science or IT this year? Why did you choose it? Add your comment below or email rcrozier(at)itnews(dot)com(dot)au