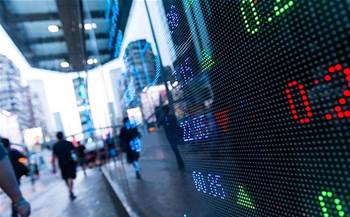 After its current executive director was accused of insider trading.

Uniti Group has entered a trading halt after its current executive director Vaughan Bowen was charged with insider trading.

He was today accused by the Australian Securities and Investments Commission (ASIC) of selling down his shareholding in his former employer Vocus after allegedly receiving inside information on a failed takeover.

iTnews asked Uniti Group for comment, given the allegations levelled by authorities against Bowen.

The company did not respond directly, but instead went into a trading halt just after 4pm AEST on Tuesday.

It said that the trading halt was needed “to enable an orderly release of information regarding an announcement regarding a member of the executive team in response to media activity”.

The company made its statement after market close last night, acknowledging the allegations made "against one of its directors".

"[Uniti] understands that Mr Bowen emphatically denies the allegations and will be vigorously defending the matter," it said. [pdf]

"The ... board does not intend to make any changes to Mr Bowen's role and position of executive director (M&A) at the company, which will continue, until the outcome of this matter has been determined."

Shares in Uniti briefly went from $4.18 before Vaughan's charges were revealed to a low of $3.50 per share before recovering to be just under five percent down at $3.90 for the day.