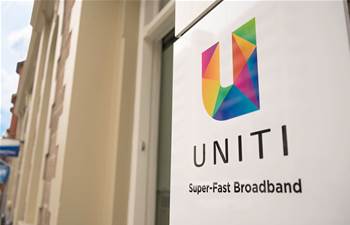 The $5-per-share offer puts a value of around $3.6 billion on the telco.

An announcement explains the acquisition will be conducted by the consortium’s jointly-owned unlisted company, MBC BidCo.

In March, Uniti decided to favour the Morrison/Brookfield bid, and agreed to cease negotiations with Connect Consortium, which had put in a rival offer of around $3.4 billion.

Earlier in March, the New Zealand-based HRL Morrison & Co made an offer to acquire the Adelaide-based telco for $3.1 billion, but were outbid by Connect Consortium.

It’s been a rapid rise for Uniti Group: when it first listed on the ASX in February 2019, its IPO raised $13.2 million.

By June 2020, it was in a position to acquire fibre player OptiComm for more than $530 million.