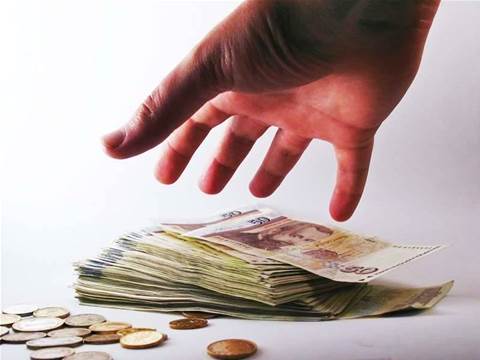 Some 8,000 customer service and sales staff at Telstra have been denied pay rises for the second consecutive year, according to the Community and Public Sector Union (CPSU).

Last week, some employees in Telstra's Consumer and Country Wide divisions were told that the company had not performed well enough for an annual pay rise.

These types of agreements were scrapped by the Labor Government in July 2009; however, existing contracts remained in place until terminated or replaced by the parties involved.

Meanwhile, staff on Telstra's older ECA and those on Enterprise Agreements would receive pay rises.

As of June, the Consumer Price Index had risen 2.9 percent, according to Reserve Bank of Australia figures.

"There hasn't been a lot of information from the company about this [pay rise issue]," Persse told iTnews, adding that "industrial arrangements with Telstra are complex".

Persse said workers stayed on disadvantageous contracts because "they have no option".

"Telstra has made full use of all the options that they have, to put people in the position where there is no locked-in, guaranteed pay rise," she said.

The union yesterday penned a letter to Telstra CEO David Thodey (pdf), requesting an "urgent meeting to discuss these issues".

In the letter, Persse wrote that staff relied on pay rises to meet costs of living, and staff reported "significant feelings of betrayal" at not being rewarded for hard work and loyalty.

"Staff would like an explanation as to why they, and not the rest of the company, are being told they must forgo pay rises," she wrote.

As of this afternoon, the union had not yet received a response.

A Telstra spokesman told iTnews that the telco would review the performance of its consumer division early next year.

"In March 2011, the leadership team in Telstra's Consumer division will review whether eligible employees in that division will receive a pay increase based on the performance of the business," he said.

It was also embroiled in a dispute with the Communications, Electrical, Plumbing Union (CEPU) over enterprise-wide pay arrangements.

Telstra had a total workforce of 45,220 staff, including 31,157 domestic full-time employees, according to its June 2010 financial results.

Last month, the ACS reported that almost half of ICT professionals in the Australian private sector did not receive a pay rise in the 12 months to May 2010.