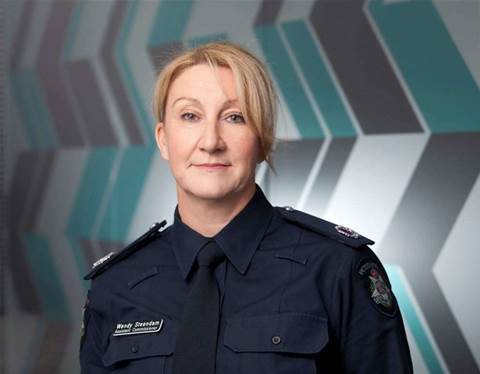 New CIO is not intimidated by the challenge.

As the Victoria Police’s first full-time CIO since 2009, Wendy Steendam has taken on what is arguably amongst the toughest positions in Australian IT.

The agency’s IT shop has become notorious for all the wrong reasons and has been left lagging behind its interstate counterparts as a result.

Assistant Commissioner Steendam, a career police officer, acknowledges the scale of the job at hand. But she is not intimidated.

Four months into the role, Steendam talked to iTnews about how she plans to get the agency back on track.

How big could the job possibly be?

In 2009, Victorian Ombudsman George Brouwer handed down his findings on a procurement saga that, directly or indirectly, led to the resignation of then-CIO Valda Berzins.

What emerged was a haphazard approach to procurement where documents were sometimes scrawled on a piece of paper, multi-million dollar contracts were lost, and tenders that should have taken in excess of a year to conduct were rushed through within a month – if they went to market at all.

By 2011, Brouwer was back with another self-initiated investigation, this time into the ten worst performing tech initiatives in the state, of which the Victoria Police contributed three.

One of the projects cited was the replacement of LEAP, the Victoria Police’s core operational database. By 2011 the replacement of the then-19 year-old green-screen based system was truly off the rails. The Ombudsman attributed this to a grossly insufficient business case put together in 2006 to match a budget that the Premier had already announced in 2005.

In 2011, in need of $100 million extra funding, the LEAP replacement was put on hold indefinitely. It hasn’t been revived since.

At the same time as Brouwer's damning report, Melbourne QC Jack Rush was examining Victoria Police leadership, with special attention reserved for IT.

He found police officers were filling out as many as 1200 paper forms per day, scanning them and sending them to a central bureau whose exclusive purpose was to re-enter the information into LEAP, because the officers didn't have the option to enter the detail directly.

He also criticised a revolving door of IT leaders and recommended the Victoria Police throw its time and all of its pennies into attracting “a senior executive with the expertise required to deliver major IT projects, as a matter of urgency”.

Steendam represents the Victoria Police’s first real attempt to fulfil this recommendation since the Rush report was tabled in March 2012.

As CIO, she is also the business owner of the force’s Policing Information Process and Practice Reform (PIPP) initiative, which is weighing up a third attempt at replacing LEAP.

Her appointment raises important questions about the skill set required of a successful IT leader. Is it more important to have a legacy of technology leadership, as Rush had recommended, or to have lived out the user requirements?

Steendam, a career police officer with a background in frontline command and the sex crimes unit, fits firmly into the latter category.

“I have 29 years worth of understanding of how our information is used and how it actually functions in an operational context,” she told iTnews.

“People need to understand that PIPP is not an IT program ... first and foremost it's about understanding the business needs and operating requirements of the organisations. IT will then become an enabler."

She pointed out that the Rush recommendation did not specify what the “expertise required” of an IT leader is.

She believes her relative lack of IT expertise is more than covered off in other areas of the organisation, including by former energy sector executive Deborah Smith, whom she has  recruited as program director for PIPP.

“Collectively we all work and provide a wealth of experience,” she said.

Steendam has also been trusted with clear authority.. As CIO, she becomes the only assistant commissioner at Victoria Police to have a seat at the executive table otherwise reserved for the chief commissioner, deputy commissioners and their executive director equivalents.

Read on for Steendam's plans for reform ...

PIPP is a broad review of the Victoria Police’s business processes and use of data. It will inform a blueprint for the future of operational policing in the state out to 2030.

Phase 1 began in 2011-12, involving the  “capturing and analysing information about the organisation’s main operational scenarios” and “an assessment of the existing and planned systems that manage information,” according to a Victoria Police annual report.

Steendam was at pains to point out that replacing LEAP - despite the central role it plays in the administrative burdens of frontline staff -  is not the be-all and end-all of PIPP.

She was equally uneasy about specifying what the solution to the LEAP conundrum might look like, or even if replacing the 21 year-old system is the right thing to do.

“Through PIPP we are scoping our business needs and understanding opportunities for change before locking in any specifics," she said.

“The solution may well be a replacement for LEAP, or it may be something else. It is highly possible that we will replace LEAP, but that will be determined by a consideration of our business needs.

“As for how far away that is, I don’t know if I can answer that.”

How long have they got?

Patience, care and due diligence would be a welcome change for an agency familiar with the consequences of rushed and patchy planning.

“One of the commitments we have made in terms of investment is to ensure that we have fully scoped what our needs are before we go ahead and submit for any funding," she said.

“I wouldn’t want to be pre-emptive about what the government will or won’t invest in but what I will say is that what we put forward will be robust."

“We have made investments that will sustain our systems for many years,” Steendam said of ad-hoc remediation work being done to keep LEAP in operation. This includes efforts to reduce paper-based processes, she said.

“Internally, we have invested some money into changing these systems and we have been testing them across family violence reporting functions. This means members can directly enter information into the system without having to fill in paper forms.

“We hope to have the new capability rolled out across all areas of crime reporting by the end of the year,” she said.

Concluding his report, Jack Rush said it was a good sign that the Victoria Police was taking action through PIPP, but stopped short of optimism.

“The inquiry lost count of the number of projects, reviews and reports since 2005 which speak variously of a ‘vision’ or ‘long term strategy’ or the need to ‘modernise so as to bring Victoria] Police into the 21st century," he said.

“The promise of the jargon has never been matched by the practical reality at Victoria Police.".

The task ahead for Steendam is to prove him wrong, and to successfully transform the organisation she has devoted her life to.

“Of course it is a challenging piece of work,” she said.

“But personally I feel quite privileged to drive this work which I see as a real opportunity to leave an enormous legacy to the Victoria Police.”