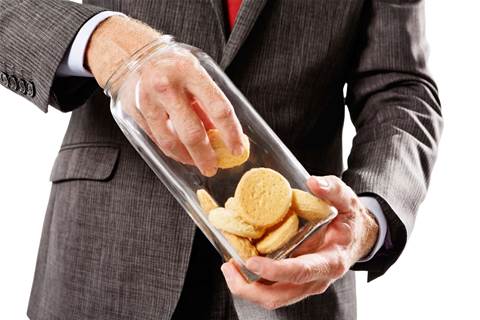 The former university IT manager at the centre of an ICAC investigation into an alleged $114,000 invoicing fraud has owned up to the scheme, claiming he was “broke” when the scam kicked off.

Brett Roberts was accused of fraudulently issuing more than a dozen invoices to his former employers at the University of Newcastle, the University of Sydney and Macquarie University, and using his position to personally authorise their payment.

Before ICAC Commissioner Megan Latham yesterday, Roberts admitted that he signed the invoices in full knowledge that the IT consultancy firm they were purportedly sent from, Management and Professional Services, never did any work for the institutions.

He insisted he was “really, really sorry for doing it”.

Despite questioning by ICAC counsel Anthony McGrath, Roberts maintained that credit card debt was the only financial burden pushing him to perpetuate the fraud over an eight-year period.

He denied having a gambling problem, and said despite receiving an annual salary of up to $180,000 during the period in question, he could not make ends meet.

He claimed he was “just bad with credit cards at the time” and that “the mortgage was getting on top of me a[as well as] utility bills” - including an electricity bill for his Newcastle home reaching as much as $4000 a quarter.

Roberts alleged he had not acted alone, and that he and Management and Consulting Services owner, Chris Killalea, had originally agreed to a 50/50 split in the proceeds from the first tranche of false invoices submitted to the University of Newcastle.

Killalea denied any knowledge of the false invoices in previous days' hearings, pointing out that they were generated in a word processor and not the invoice software he was using at the time.

But Roberts did admit he was the sole antagonist behind the fraud against Sydney Uni, the proceeds of which were channelled into a $2 company called Robcon Australia.

“This is a rob and a con of Sydney University wasn’t it?” McGrath said.

“Did those words get chosen because that’s what you had in mind for that company?”

“Absolutely not, no,” Roberts said.

He also described his approach to defrauding Macquarie University - the institution that ultimately exposed his scheme - as “not that complicated”.

“I didn’t put that much thought into analysing their systems and working out a way to do it,” he told the commission.