UK's IPv4 stocks not for sale 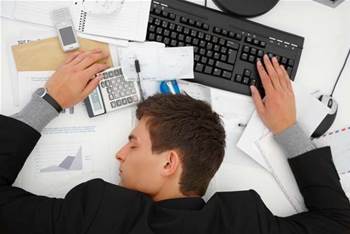 The UK Government department holding a large block of unused IPv4 addresses has argued it would cost more to reallocate to others than it could bring in.

Coder and blogger John Graham-Cunning discovered the UK Department of Work and Pensions had control of an /8 block of IPv4 addresses — equating to roughly 16.8 million individual addresses — that he suggested was "completely unused".

The address stock, he argued, could bring in between $US500 million to $1.5 billion ($A478-1434 million) for the Government, based on a valuation of approximately $12 per address in recent sales.

The discovery coincided with a move by the European regional internet registry to restrict the number of addresses allocated to internet service providers in the area to just 1024 each, as it deals with depleting stocks.

However, the department had already pushed back against such suggestions prior to Graham-Cunning's discovery.

In a December 2011 response to a Freedom of Information request, the department said that the cost of reallocating such a large number of addresses "is too high to make this a viable proposition".

While "no significant block of addresses is visible from the public Internet" as of last year, approximately 80 percent of the address space had in fact been allocated for use in Britain's Public Services Network, a whole-of-government departmental network the Government is currently in transition to.

Due to this, the department argued there were no plans to release any of the address space for use on the public internet.

"DWP are aware that the worldwide IPv4 address space is almost exhausted, but knows that in the short to medium term there are mechanisms available to ISPs that will allow continued expansion of the Internet, and believes that in the long term a transition to IPv6 will resolve address exhaustion," it said.

"Note that even if DWP were able to release their address space, this would only delay IPv4 address exhaustion by a number of months."

Geoff Huston, chief scientist of the Asia-Pacific Network Information Centre and recognised expert on IPv4 exhaustion, told iTnews that address pools not visible in the public routing system was not a reliable indicator of whether it was being used or not.

"Indeed, I'd state strongly that 'unused' is a misnomer," Huston said.

"The address allocation procedures used since the inception of the internet allow for the use of unique addresses in both private and public contexts."

An address in private or corporate networks could be used for VPNs, for back-end data centres, private shared space, infrastructure within a public network, and other situations where the shared private address blocks (so-called RFC1918 space) would not work, according to Huston.

"To call this unused without a clear understanding of the local situation is an entirely unjustified assertion in my opinion," he said.

There are 870 million allocated, but unadvertised, IPv4 addresses as of today.

Huston argued that the address transfer policies being implemented by a number of regional internet registries, such as APNIC, allowed those holding existing allocations to avoid transfering them to others.

They hoped to avoid becoming directly involved in commercial transactions for such address transfers.

Huston said that while registries will accept any voluntary returns of unused address space, they have no power to force that to happen.

"If a party wants to continue to hold an address block, advertised or unadvertised, then obviously the RIRs respect that choice," he said.