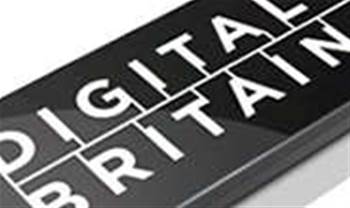 Britain's effort to ensure that nine tenths of the population has access to superfast broadband is in major jeopardy according to a UK government watchdog.

A £530 million (A$830 million) plan named broadband delivery UK (BDUK) has been put on Amber/Red alert by the Major Project Authority (MPA), indicating there are concerns with the success of the project which was scheduled to be completed in March 2015.

The MPA rating system has five different colour codes, starting with green for successful delivery of a project, and red which indicates the initiative may be unachievable.

An Amber/Red Alert means "succesful delivery of the project is in doubt, with major risks or issues apparent in an number of key areas. Urgent action is needed to ensure that these are addressed, and whether resolution is feasible."

Project conclusion dates are being missed and costs are rising, the MPA said.

As of March this year, the MPA spreadsheet noted that "currently the supplier dates for implementation of some final connections stretch beyond March 2015 and BDUK are working with suppliers to draw these back where possible."

According to the MPA, the whole life cost is substantially higher at approximately £1.8 billion.

The Urban Broadband Fund, the goal of which is to expand coverage of 80-100 megabit per second connectivity has also been placed on an Amber/Red Alert due to problems with obtaining European Union funding.

The MPA said: "spend in 12/13 is less than originally forecast owing to the need to refocus the cities' plans in light of the difficulties in gaining EU State Aid approval. The Department for Culture, Media and Sport has agreed a budget re-profile with HMT which has brought the budget profile into line with forecast expenditure.

A mobile infrastructure project is moving ahead, at amber alert level, having been significantly "de-risked" according to the MPA after a £150 million contract for expand 3G and 4G coverage was awarded to infrastructure company Arqiva.

The UK defines "superfast" briadband as faster than thirty megabits per second.