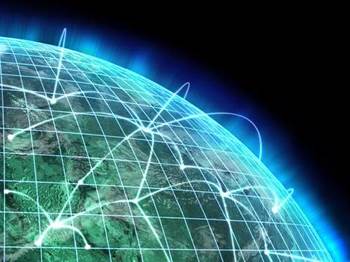 According to a report in the Telegraph, UK Defence Secretary Liam Fox said electronic attacks on Britain doubled from 2009 to 2010 and that Britain is now in continuous combat with an "invisible enemy" in cyber space.

Speaking to the London Chambers of Commerce defence industry dinner, Fox did not say who was behind the attacks, but that the MoD was :targeted by criminals, foreign intelligence services and other malicious actors seeking to exploit our people, corrupt our systems and steal information".

“The risks to defence are real, and I take them very seriously. Our national intellectual property in defence and security industries is at risk from a systematic marauding.

“Not only could it severely affect the future success of British industry, our economic advantage, and the country's financial recovery - but also directly impacts upon our national security today.

“This is the war of the invisible enemy. Success cannot be achieved by government alone because, in cyber space, there are few boundaries between government, business and every individual internet user.”

Richard Walters, CTO of Invictis, said that these figures are indicative of the growth and evolution of cyber crime.

“What is also notable is that it's not just foreign intelligence services but also criminals and other malicious groups carrying out the attacks. This suggests that these highly organised cyber gangs aren't just after state secrets; they're also driven by greed and competitive and economic advantage.

“Attacks against the MoD have increased, but so too have the number of attacks being perpetrated against UK businesses and the economy as a whole.”

Yesterday, home secretary Theresa May outlined plans for a new UK National Crime Agency (NCA) that will come fully into being by 2013.

The NCA is intended to be a powerful crime-fighting body right at the centre of policing, tackling organised crime, defending borders, fighting fraud and cyber crime and protect children and young people.

The NCA will bring together distinct operational commands, improving the effectiveness with which the police tackle serious and organised criminality.

“For too long, central government micro-managed and interfered in local policing," May said.

"We are putting the government's focus where it should have been all along - on securing our borders and tackling national and international level serious and organised crime."

“We owe it to them to do more to tackle the scourge of drugs, to better defend our borders, to fight fraud and to protect our children and young people. The National Crime Agency will do all of those things and more.”

Got a news tip for our journalists? Share it with us anonymously here.
Copyright © SC Magazine, US edition
Tags:
cyberwardefencegovernmentsecurityuk