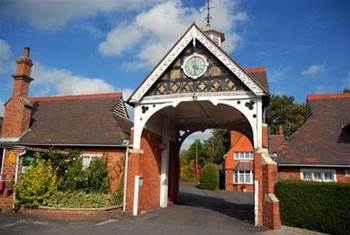 The UK Government has said that there will be no funds to protect the famous Bletchley Park computing centre, despite strong public support.

Over 20,000 people signed a petition for the site to be preserved as a memorial to the work done there in the Second World War to break enemy codes, and there is strong public support elsewhere. Although the existing survivors of Bletchley have recently been honoured there is realy concern that the site is falling apart.

“The buildings on the Bletchley Park site are of significant historic importance and, although recognising the excellent work being carried out there, at present it has no plans, nor the resources, to extend its sponsorship of museums and galleries beyond the present number,” said the Government in a statement.

Without UK Government support the site is now expected to fall into disrepair and many of the original exhibits may be lost or sold off.

“A major application has been placed with the Heritage Lottery Fund which, if successful, will provide funding for the development of the museum over the next three to five years after which, as our business plan has established, Bletchley Park will be self-supporting,” said Simon Greenish, director of the Bletchley Park Trust.

“However unless and until the Park has been restored, it is the operational costs of running this large and ageing site that the Trust struggles to meet. The Trust is asking the government to provide £250,000 ($482,000) per year until the museum has been developed in order to support the growing workload associated with the ever-rising number of visitors.”

A strong support of the project is British celebrity Stephen Fry.

“If we can't save the place that arguably did the most to win us the war, what hope is there for us as a nation?” he said.

Got a news tip for our journalists? Share it with us anonymously here.
Copyright ©v3.co.uk
Tags:
bletchleyfinancegovernmentparksitestrongsupport