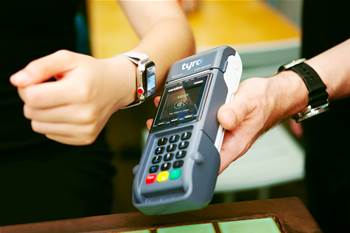 Under the consumer data right.

Tyro, which has been a non-major authorised deposit-taking institution (ADI) since 2016, was officially registered by the Australian Competition and Consumer Commission (ACCC) last week.

So-called "non-major ADIs" are being accredited in phases, depending on the products they offer. The first phase for data sharing comes into effect July 1. [pdf]

Tyro joins other active data holders such as the four major banks plus Bendigo and Adelaide Bank and Regional Australia Bank.

Chief technology officer Dave Coombes told iTnews that becoming a data holder was “a significant program of work, that required a truly cross-functional team that brought together people and expertise from across Tyro.”

“We are delighted to have achieved this milestone which represents an important step forward in allowing customers to unlock the power of their data,” Coombes said.

“From a technology perspective, our team responded incredibly positively to the opportunity to work at pace whilst still being able to deliver an innovative, robust and scalable solution to the problem."

Coombes added that Tyro had ambitions to also become a data recipient in the CDR ecosystem to support its business customers.

"We look forward to supporting more business types as they share their data toward the end of next year," he said.