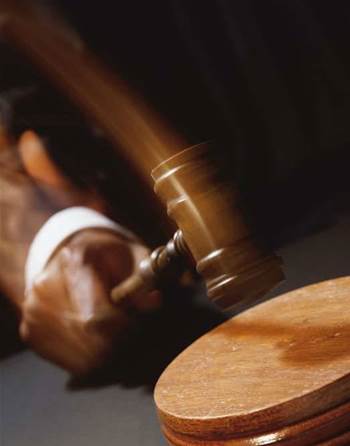 Two 41-year-old men were convicted Monday for their connection to a global mass pornographic spamming operation that resulted in hundreds of thousands of complaints from AOL customers, federal authorities said.

Following a three-week trial that included testimony from victims, a federal jury in Phoenix convicted Jeffrey Kilbride of Venice, Calif. and James R. Schaffer of Paradise Valley, Ariz. on eight counts stemming from the spam business the two men helped organise and run in 2004.

The defendants were convicted of two violations under the federal CAN-SPAM Act of 2003 and additionally found guilty of conspiracy, fraud and money laundering, authorities said. Each faces up to 10 years for the spam act offenses, up to 20 years for money laundering and fines of up to US$500,000.

"Through their international spamming operation, these defendants made millions of dollars by sending unwanted sexually explicit emails to hundreds of thousands of innocent people, including families and children, while simultaneously using sophisticated internet technology to try to conceal their identity," Assistant US Attorney General Alice Fisher said in a Department of Justice statement.

The pair spoofed the domain name of the senders to make the emails appear as if they were coming from an employee of a shell corporation - a business with no assets or operations - they set up in the Republic of Mauritius, authorities said. Kilbride and Schaffer also established bank accounts in Mauritius and the Isle of Man to shield themselves from US law enforcement scrutiny.

A third partner, Jennifer Clason, was convicted in March 2006 for her involvement. Clason ran a website to help mothers who work from home while she was taking part in the spam operation, authorities said. She was scheduled to be sentenced in June 2006 but it is unclear if she ever was.

A Justice Department spokeswoman could not be reached for comment.

The three defendants were the first people to be tried under the new spam act.

"Hopefully this starts to signal that there’s going to be enforcement of the law," he said. "If there’s enough enforcement, hopefully we’ll start to see the folks get disinterested."

Still, until the economic advantages of spam are taken away, unwanted and unsolicited email will continue, Wilczak said.