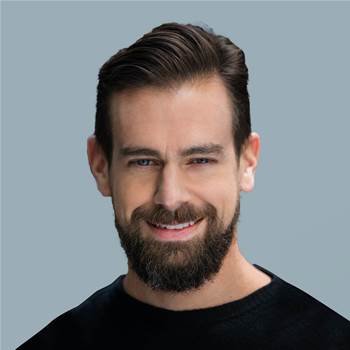 @jack takes opposite stance to Zuck.

Dorsey who has long argued for freedom of expression on Twitter and copped criticism for not banning neo-nazis from the platform, announced the changes to day in an eleven-tweet thread.

The Twitter chief executive explained that the decision isn't about free expression, and instead concerns paying for reach.

"And paying for to increase the reach of political speech has significant ramifications that today's democratic infrastructure may not be prepared to handle.

It's worth stepping back in order to address," Dorsey said.

Twitter's legal and safety officer Vijaya Gadde said ads that refer to an election or a candidate, or others that advocate for or against legislative issues of national importance such as climate change, healthcare, immigration, security and taxes will no longer be accepted.

"We’re well aware we‘re a small part of a much larger political advertising ecosystem. Some might argue our actions today could favor incumbents.

But we have witnessed many social movements reach massive scale without any political advertising. I trust this will only grow," Dorsey said.

The final policy for political advertising will be published by Twitter on November 15 United States time, Dorsey said.

Dorsey said that it wouldn't be credible for Twitter to say the social media company works hard to stop people from gaming its systems to spread misleading information, but if someone pays it to target and force people to see political ads, anything can be said in those.

This could be construed as a jab at Facebook's Mark Zuckerberg who earlier this month decided it was fine to run fake political ads on the giant social network, in the name of free speech.

His decision to deliberately allow candidates to intentionally lie saw Democrat presidential contender Elizabeth Warren pay for a series of adverts with false statements such as Mark Zuckerberg and Facebook have endorsed Donald Trump for re-election.

Warren took out the ads to criticise Zuckerberg's decision which she said gave president Trump a free reign to lie to paid disinformation advertisements.

Today, Facebook announced that it had removed a large number of accounts, pages and groups set up by Russians to spread disinformation across several African nations.

Facebook was also deeply implicated in Russia's alleged interference in the 2016 presidential elections, and disinformation believed to have influenced Britain's Brexit referendum that is creating political chaos as the UK tries work out a consensus on how to leave the European Union.

In its results today, Facebook said it political advertising accounted for half a per cent of the company's revenue this financial year.