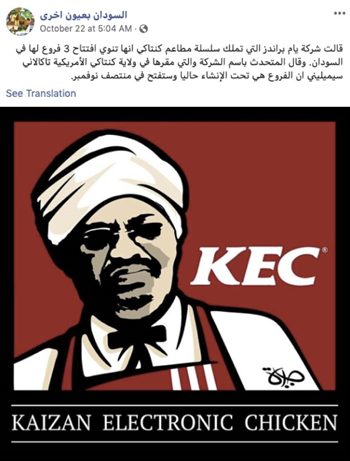 Facebook has removed multiple misleading accounts, pages and groups originating in Russia that targeted members of the social network in African countries.

Nathan Gleicher, Facebook's head of cybersecurity policy, said that the people behind the campaigns attempted to conceal their identities and that they were coordinating with each other.

Prigozhin faces criminal charges in the United States for funding and organising interference in the 2016 American presidential elections, through his companies the Internet Research Agency and Concord Management.

Hundreds of thousands of accounts followed one or more of the Russian disinformation pages on Facebook.

On top of the campaigns targeting the above African countries, Facebook also pulled accounts, pages and groups that focused on Sudan and Libya.

The pages posted criticism of US foreign policy, fake news, and shared stories from Russian state-controlled media Sputnik and RT.

In un-masking the disinformation campaigns, Facebook benefited from open source reporting and tips from the Stanford Internet Observatory, Gleicher said.