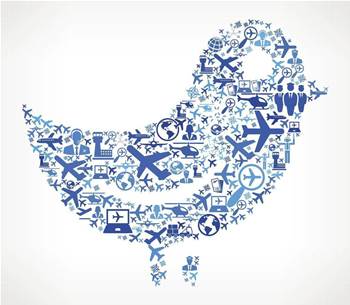 New research from the Australian National University suggests Twitter may be a more reliable barometer for consumer appetites than once thought, enabling more accurate profit forecasts.

The findings, published recently in The Journal of the Association for Information Systems, challenged traditional views that chatter on social media is largely noise with little or no value to financial analysts.

Positive and negative sentiments from 250,000 tweets about North America’s top 10 airlines were distilled for the study, based on the airlines’ reach and the size of their customer base.

It was noted in an earlier paper from the same authors at ANU that, while focusing on one specific industry did have its limitations, the the airline industry made up 3.5 percent of the global GDP in 2016, equating to roughly US$2.7 trillion.

In the more recent paper, they found Twitter data increased analysts’ profit forecast accuracy of decreased profits when more people tweeted negatively about an airline’s service, from flight delays, crew, luggage, and of course the food.

Negative tweets were also seen as more meaningful, as positive reviews tended to reflect personal experiences more than service quality and consumers are wary of the prevalence of fake or paid accounts, the authors wrote.

"These results show Twitter is a reasonably good indicator of profit levels, and the more tweets there are, the closer the forecasts are to being correct."

“Experts and academics usually feel this type of information is very trivial. However once you add them up and aggregate the data, you end up with some valuable information."

Much of Twitter’s value in the comes from the immediacy of feedback, Choi added, giving analysts more granular data in real-time rather than from more periodic surveys.

"This data allowed us to better forecast whether those customers are likely to continue to use an airline.

"Analysts rely on timely information, because they typically update their forecast each month. But other public sources of relevant information may not be available throughout the year.

"Twitter shows across the market what consumers are feeling about the service of a firm, which is information you may not be able to get from other sources in such a timely manner."