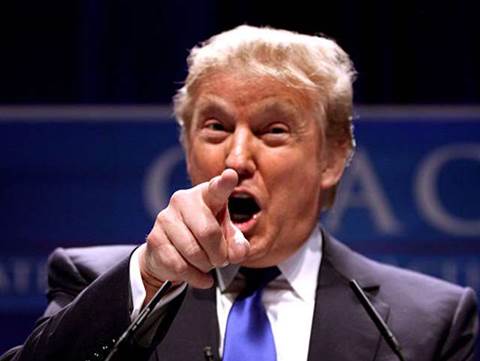 Donald Trump's surprise US election victory has alarmed technology companies and civil libertarians fearful that a self-described 'law and order' president will attempt to expand surveillance programs and rejoin a long-running battle over government access to encrypted information.

Trump's campaign featured numerous broadsides against the tech sector, including calls for closing off parts of the internet to limit militant Islamist propaganda and urging a boycott of Apple products over the company's refusal to help the FBI unlock an iPhone associated with last year’s shootings in San Bernardino, California.

Trump has also threatened antitrust action against Amazon and demanded that tech companies such as Apple build their products in the United States.

The battle over encryption, which dates to the 1990s, could heat up quickly with Trump's win and the reelection of Republican senator Richard Burr, the chairman of the Senate intelligence committee.

Burr spearheaded a failed effort last year to pass legislation requiring that companies build backdoors into their products that would allow government agents to bypass encryption and other forms of data protection.

Such requirements are fiercely opposed by the tech industry, which argues that backdoors weaken security for everyone and that the government has no business mandating tech product design.

“I imagine [Trump] is going to be a guy who is probably going to mandate backdoors,” said Hank Thomas, chief operating officer at Strategic Cyber Ventures and a veteran of the US National Security Agency.

”I don’t think he’s ultimately going to be a friend to privacy, and the fearful side of me says he will get intelligence agencies more involved in domestic law enforcement.”

Jan Koum, co-founder of the WhatsApp messaging service, said his company would be "extremely vocal" against any such effort, as it "would damage the reputation of American companies in the global arena”.

WhatsApp rolled out encrypted messages and phone calls on the service earlier this year.

Burr will likely reintroduce his encryption legislation next year, this time with White House support, according to a technology company staffer who works on policy issues and spoke on condition his company not be named.

Trump will enjoy Republican majorities in both houses of Congress. That one-party dominance makes efforts to enact any legislation in Washington more likely, though a broad coalition of Democrats and libertarian-leaning Republicans in the House of Representatives has repeatedly acted as a bulwark against efforts to expand surveillance or undermine digital security.

A Trump campaign spokeswoman did not respond to a request for comment about the President-elect's encryption or surveillance policies.

'Now there is a reckoning'

Little is known about who is advising Trump on technology policy, but he is expected to lean heavily on former Defense Intelligence Agency director Michael Flynn. He could be tapped as director of National Intelligence or head of the NSA, said Thomas, who knows Flynn.

Former Republican congressman Mike Rogers and retired lieutenant general Ronald Burgess are part of Trump's transition team and are focusing on intelligence and security matters, according to a Trump team document.

Trump’s ability to expand surveillance operations at the NSA is especially troubling to some privacy advocates because of the level of secrecy that shrouds the programs, said Elizabeth Goitein, co-director of the Brennan Centre for Justice’s liberty and national security program.

The president-elect has said that he may want to place some mosques in the US under surveillance and suggested he may want to maintain a national database of Muslims.

A key revelation from former NSA contractor Edward Snowden was that few checks and balances were in place to prevent abuses of secret surveillance programs, Goitein said.

“You always have to ask yourself, can you trust the next administration, and the one after that?” she said.

“And now there is a reckoning. Are people comfortable with a president Trump that has quite broad powers to conduct surveillance on Americans who are not suspected of any wrongdoing?”