Treasury probes the fight for the 'write' to access your payments 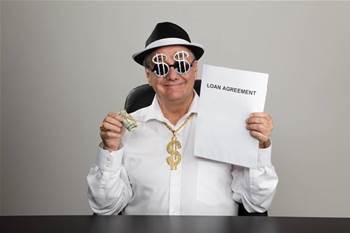 The federal government has opened the door to relaxing merchant and buy-now pay-later access to everyday people's bank accounts, confirming the highly controversial move is now in scope under an examination of the second tranche of open banking and Consumer Data Right.

Announced by Treasurer Josh Frydenberg on Thursday, the second inquiry will be headed by King Wood and Mallesons partner Scott Farrell and look at whether the CDR should be “expanded beyond its current “read” access to include “write” access to enable customers to apply for and manage products (including, for Open Banking, by initiating payments).”

The move to scope out who gets access to payment initiation requests – which are essentially an authority to electronically pull money from people’s bank accounts – is certain to trigger a fresh turf war between banks, payment schemes and the ballooning fintech sector over how money flows.

Much of the debate around ‘write access’ to date has been dominated by parts of the fintech sector pushing hard for legal air cover to change core customer data and to authorise payments from consumers.

A central argument from many fintechs is that incumbent banks seek to smother competition and new entrants by foisting onerous compliance and regulatory requirements on start-ups and challengers, thus inhibiting competition.

Banks certainly have form for dragging out reforms.

The glacial pace of innovation over the last decade has prompted the Reserve Bank of Australia to repeatedly intervene in the payments market to force banks to innovate.

The most notable intervention has been the creation of the New Payments Platform to enable real-time payments and data modernisation.

But as the NPP takes shape and garners transaction volume, there are still widespread financial industry concerns over elements of the fintech sector and what controls are needed over their access to peoples’ money.

A key concern is around the heavy presence of unsecured lending and credit broking products and businesses and whether spivs now being frozen out by consumer and financial law reforms (like responsible lending requirements) are phoenixing themselves under the fintech halo.

In an excoriating submission to the current Senate fintech inquiry, the Consumer Law Centre and the Financial Law Centre filed a joint submission containing damning evidence of how screen scraping technology is used by lending market fintechs to fleece customers by signing them up to products without their consent.

The two legal advocacy groups have called for screen scraping to be banned outright to prevent consumer harm, a move many fintechs claim would make them unviable.

That submission is just one of more than a hundred made to the fintech and regtech inquiry that will soon hear evidence.

Much of the same evidence from those stakeholders is also likely to flow into the second probe of the Consumer Data Right run out of Treasury that will have a far more direct influence over regulatory and payment market changes when it kicks off.

Importantly, the second CDR probe will also rope in an examination of access to the New Payments Platform (NPP) which has already been developing a capability for the initiation of payment requests as part of its ongoing evolution.

A cohort of fintechs has been mounting a campaign for the NPP to lower the bar on security and compliance requirements to provide them with easier and cheaper access to the platform, demands regulators, banks security and part of law enforcement are decidedly cool on.

According to the Treasurer a key part of the new probe will be to investigate how the CDR can be “leveraged with other frameworks to enhance security, efficiency and the consumer experience including the New Payments Platform.”

The probe also wants to know whether the CDR can be “further used to overcome behavioural and regulatory barriers to allow consumers to conveniently and efficiently switch between products and providers.”

The NPP on Thursday issued a statement setting out the work it was doing on write access and stressed the need for strong authorisation and consent controls.

Political support for the push to liberalise ‘write access’ for payments is far from assured, with Labor going decidedly cool on the very construct of the CDR during the last election campaign.

It is understood a particular concern that remains is whether open banking, and potentially other sectors, will start discriminatory pricing (sometimes called risk-based pricing) against consumers that have encountered financial difficulty and have spotty credit histories.

The big fear is that pricing and risk algorithms will substantially jack-up prices and costs for consumers who are already struggling across products like insurance, loans and other credit based services, further pushing vulnerable consumers towards credit sharps.

Treasury said the second review into the CDR will report back to the government by September 2020 with an issues paper to be released soon.