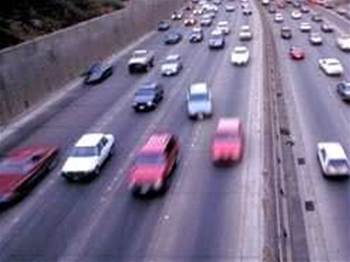 The Federal Treasury has credited its recently deployed content delivery network for keeping its website online during Budget frenzy this week.

Traffic to the Budget site peaked when the Government released its documents in both HTML and PDF formats at 7.30pm on Tuesday.

Within half an hour, more than 20,000 users had accessed the documents, creating a much greater load than the 8000 users normally subscribed to the Treasury website.

Traffic peaked at 146 Mbps in bandwith on Budget night, of which only one percent was served by Treasury’s single in-house web server.

The remaining 99 percent of traffic was routed through a Bulletproof Networks-hosted content delivery network, introduced in January to bolster the department’s disaster recovery capability.

It is the first year the department has used a third party hosting provide to distribute both formats of the Budget documents.

Traffic to the Budget 2012 website spiked at about 7.30pm. Credit: Bulletproof Networks

The CDN is based on a managed, custom reverse proxy infrastructure that is predominantly located in Sydney, offering latencies of between 10ms and 20ms to users across the country.

“In previous years, it’s been not a great experience for users,” he said.

“In 2010, [the documents were] up for a minute or so before [the site] crashed because of demand. Four to five hours later, it came back up.

“[Demand for Budget papers] pretty much flooded our connections and once that happens, all our websites crash.”

Two years ago, Treasury hosted all Budget documents in house, on its single production web server, which crashed – alongside the department’s email server – when its network was flooded with traffic.

In 2011, the department used an unnamed third-party to host its 900-odd pages of PDF documents, a solution that was “light years ahead” of the previous year, but still “a little clunky”.

"It's crucial that we keep the site online, given the importance of the Budget," Hickey said.

If the site had failed, he expected repercussions to have been greater this year than in previous years, due to the growing popularity of social media.

Michael Tran, web infrastructure specialist in the Treasury's IT operations unit, said demand for the digital Budget documents had grown in recent years.

Tran noted that the site attracted 146,000 visitors 24 hours after Budget release by Wednesday evening, compared to 94,000 visitors in the same period last year.

He attributed the difference in demand to lost visitors in 2011, "those waiting in queue, not getting what they want, possibly persisting, but eventually moving on".

"We simply did not have enough throughput and this was a consistent problem year over," he said.

"Often, the Budget site would actually slow down and stall before launch at 7.30pm.

"This year, the site never went offline. In fact, it didn't even slow down. A remarkable achievement."

Bulletproof said its infrastructure for the Budget site would have been able to handle “several times” this week’s maximum throughput of 146 Mbps.