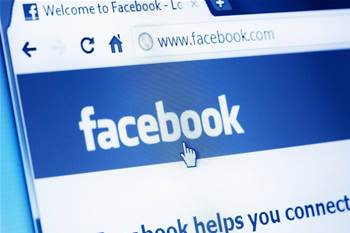 Frydenberg made the comments on Thursday afternoon, as the media bargaining code that would force big tech to negotiate payments to media companies prepares to move through the senate.

“Facebook was wrong. Facebook’s actions were unnecessary. They were heavy handed and they will damage its reputation here in Australia,” he told a press conference.

Frydenberg said the government was given no prior warning about the action, despite Facebook’s threats in September to stop Australians from sharing news should the code become law.

“What today’s events to confirm for all Australians is the immense market power of these digital giants. [They] loom very, very large in our economy and on the digital landscape,” he said.

Having spoken with Facebook chief Mark Zuckerberg this morning, Frydenberg said the government was prepared to clarify “some differing interpretations” about the operation of the code.

“We're happy to help clarify some of those issues with Facebook because… we want the major players to stay here in Australia and to keep providing the services to Australians,” he said.

Frydenberg was also equally irate that government agencies, including those that provide critical health information, companies and other groups had been caught up in the news content block.

“I’ve spoken to Facebook this morning and said the government expects them to restore those pages as quickly as possible,” Fletcher said.

“There is great responsibility with being a platform that… has over 17 million Australia visit every month.

Facebook, which is now working to restore posts “inadvertently impacted”, has blamed the vague definition of news content in the proposed media code for the error.

But Frydenberg said the government rejected that argument, noting that the interpretation of the definition of news is “very clear in the legislation”.

Fletcher added that it was unclear why Facebook had made the decision to ban news on its platform overnight, as the code is not yet legislated.

“The code is no yet in the law, so it raises an obvious, why are they doing this now,” he said.