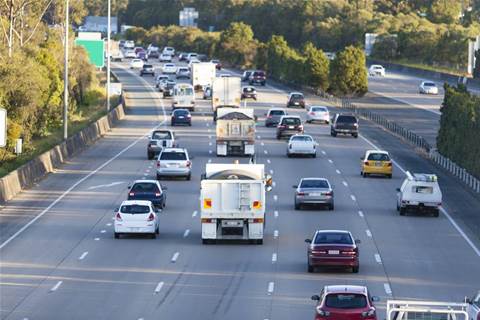 The data – sent from the vehicles at a rate of 25 records a second – was used to pinpoint five previously unknown blackspots, with the two highest-risk now slated for upgrades later this financial year.

TfNSW’s data discovery program lead Julianna Bodzan came up with the idea while driving down the Mount Ousley descent on the Princes Highway – a notorious, four-and-a-half kilometre stretch of road leading into North Wollongong.

She said the telematics data collected from the vehicles was compared with crash data from known blackspots to discern whether or not other intersections in the coastal city were potentially risky.

“Then we started to examine how masses of people are behaving around those intersections.

“If there are exactly the same patterns at another intersection where nothing has happened yet, we can say that it might happen here as well because people are acting erratically.”

Bodzan noted that erratic behaviour referred to any “harsh braking or harsh acceleration, or any lateral movement just before the intersection”.

A “circle of interest” was then used to understand a vehicle’s behaviour as it passed through the intersection, as well as 50 metres and 25 metres before and after it.

Bodzan said that a combination of native Azure machine learning services and Databricks was used to “ingest the data and take everything into the cloud”.

But as TfNSW business intelligence specialist Oliver Storey explained, the “major challenge was data engineering”, as data from telemetry systems amounted to more than a billion rows.

“If you give a machine earning algorithm terrible data, you’re going to get terrible results,” he said.

“So, I’d say, 70 percent of our time was actually spent engineering our data, getting it to a position where we had that one single trip through an intersection which had all of our metrics for the actual vehicle.”

Following the PoC, Bodzan and her team handed over the top five intersections not previously classified as dangerous to the Centre for Road Safety, which sent out road engineers to make an assessment.

“They actually came back with the validation of, ‘You might be right on that.’ Obviously we can’t say it’s going to happen – but the whole point of this study is to look at which could be dangerous, preventing something happening,” she said.

TfNSW is now looking at how it might include data from other modes of transport to further improve safety across the transport system, though there are currently limitations on the types of data that can be used.

The NSW government is currently working through issues of privacy, transparency and security around artificial intelligence following the release of the state’s inaugural AI strategy in September.

Storey added that “vehicle near misses” or “hot areas around the city where people are nearly hit by vehicles” are prime future candidates.

“Hundreds of lives are lost on NSW roads each year and thousands are seriously injured – using data and AI to identify potential blackspots allows early intervention,” he said.

He added that the development of internal expertise at TfNSW, combined with Microsof’s solutions, would deliver a capability “essential to a successful digital transformation and lasting impact”.