Transport for NSW hit by IT outage after upgrade 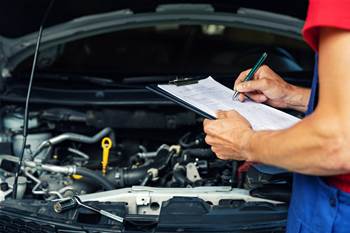 Mechanics were unable to lodge pink slips electronically in NSW on Monday after an outage prevented licensing and registration transactions from being completed online.

The technical issues followed “important IT upgrades to the system that looks after a number of customer online transactions” by Transport for NSW over the weekend.

Services impacted during the scheduled outage on the weekend included e-safety checks, with mechanics unable to submit pink slips electronically during this time to complete vehicle registrations.

Systems were meant to be back up and running by 8am AEDT on Monday, but customers were still unable to complete licencing and registration transactions online by 1:30pm.

Service NSW confirmed on Twitter just after 2:30pm on Monday that it was “experiencing intermittent system issues”.

“Service NSW apologises to customers who have been unable to complete licensing and registration transactions online,” it said.

TfNSW told iTnews it began receiving “reports of users being unable to login to the application and process pink slip renewals at inspection centres” at about 1pm, but that services had since been restored.

“The issue was investigated and rectified with services restored at 3pm,” the spokesperson said.

The spokesperson would not say which system was impacted. NSW’ main driver registration system is the driver and vehicle IT system (DRIVES).