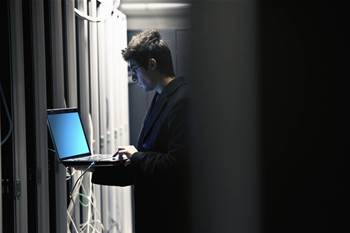 iTnews can reveal the TfNSW cluster left the Chinese-owned facility in its entirety in June and is now in the process of remediating the site.

Fujitsu has been brought in to provide decommissioning works over a three-month period, in which it will remove and recycle TfNSW assets at a cost of $1 million.

A spokesperson told iTnews the transition from GSU is “part of a broader strategy to harness the latest technologies and continually develop improved data solutions for our customers”.

“TfNSW is now using a combination of data centre and cloud services across GovDC, Amazon Web Services and [Microsoft] Azure,” the spokesperson said.

The agency has used a blend of public and on-premises/private cloud solutions to support its various IT systems for years, though its use of public cloud is steadily increasing.

Like other NSW government agencies, TfNSW will be expected to use public cloud for a minimum 25 percent of IT services by 2023, as per the state’s cloud policy.

Last month, the agency contracted AWS to migrate “eligible environments” from GovDC to AWS under a $2 million contract, building on previous contracts with the cloud provider in 2019 and 2016.

IBM (now Kyndryl) continues to manage the agency’s data centres, having secured the deal as part of the agency’s next-generation infrastructure services refresh in 2014.

TfNSW’s Global Switch exit comes at the same time as a group of four federal government agencies left the facility over sovereignty concerns, as revealed by iTnews.

The Department of Home Affairs, Australian Securities and Investments Commission and the Australian Communications Media Authority left Global Switch in the first half of the year.

The fourth member of the Home Affairs-led group, the Australian Digital Health Agency, was also slated to exit the facility in July, having delayed its original departure date due to supply chain issues.