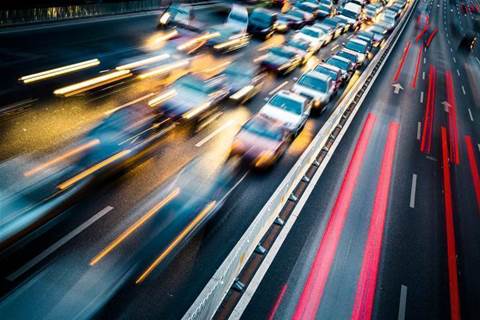 Transport for NSW has begun using its Amazon Web Services stack to forecast snarls on some of Sydney’s busiest roads, helping motorists bypass congestion where possible.

With the platform already helping to predict delays on the public transport network, the department is now applying AWS technology to similar challenges in other areas of the cluster.

One such area is the network and asset intelligence group within NSW Roads and Maritime Services (RMS), which was absorbed into TfNSW as part of the recent machinery of government changes.

The group was established to improve the customer experience on the state’s road network using data science, visualisation and forecasting.

For group director David Scott, the single platform on AWS has improved access to information across the group, as well as the department as a whole.

However he said access to AWS for his group had “really only started to ramp up in February”, with “over 130 terabytes of data” now stored on the platform.

“If I go back to February 2018, we weren’t using the right tools,” he told the AWS Public Sector Summit in Canberra last week.

“Our version of an enterprise data warehouse was a SQL server, which was completely not fit-for-purpose.”

“We’ve now gone to AWS stack. Wherever possible we’ve stayed really close to native technology, and that’s allowed us to ramp up quite quickly.”

During this time, the group has also grown from about five staff to around 60 permanent and temporary analysts, data scientists and engineers.

But Scott said the platform had also enabled the group to go beyond management reporting or providing data to support physical infrastructure.

“The way we’re moving is toward using technologies like AWS that allows us to not only build a data lake, structure the data, but also build applications that are customer facing,” he said.

An example of this is the group's recently launched Journey Planner app, which was developed to provide congestion insights to motorists.

“What I wanted to do with my group was given them a bit of permission to challenge the status quo,” Scott said.

He said the team was given six days to “come up with an application ... to help [citizens] plan their journeys around the June long weekend”. It followed the release of simple advice to motorists in December and April.

“So off a zero base, we had about 13,000 hits to our microsite, we were able to identify really significant changes in demand for some of those hot spots,” he said.

“We could absolutely measure so real changes in demand and seeing people change their journeys and move their journey times to a time when the amount of traffic was going to be a little bit lower.”

The group is also now preparing to introduce real-time data ingestion for the application, such as data from traffic lights.

“The intention for our vision is that over time people will change decisions about when they travel and start traveling and time when they're going to be a much better experience,” he said.

In August 2018, the department’s signed a $5 million deal with the hyperscale cloud provider for a year's worth of IaaS, SaaS and PaaS services.

The deal, which has since increased by a further $3.8 million, extended the departments existing 2016 deal and gave the entire transport cluster access public cloud.

Although this was largely for hosting data recovery and back-up requirements and temporary non production system for products, it has also lead to proof of concept work.