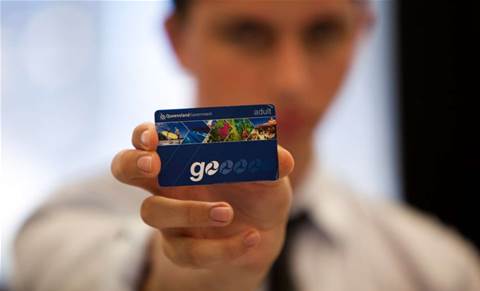 The Queensland Government has countered Opposition criticism by revealing 34,000 public transport smart cards were distributed to commuters in the past nine days.

Transport Minister Rachel Nolan and the Go card's operator TransLink was under pressure after revelations that commuters were being slugged an extra 20 percent for using paper tickets because Go cards weren't available at most stations.

Nolan said last night that the cards were now available at all 123 staffed train stations.

"These extra sites weren't due to come on line until March," she said.

"I told TransLink to pull out all stops and I'm pleased that we've been able to deliver these early."

Nolan said the State had added more than 150 outlets since last month, bringing the total to 359.

Go cards could also be bought by phone or online, she said.

"This means our smart card retail network is almost six times the size of any other state allowing it to meet demand for go cards, with 25,000 cards distributed last week and a further 9000 distributed on Monday and Tuesday this week," Nolan said.

"It's been encouraging to see the way customers have been embracing the technology in large numbers."

"By the end of this month, for the first time, customers will be able to purchase an adult go card from one of these ticket machines," she said.

The Opposition branded the announcements a "scramble" by Nolan "to cover up her mistakes".

"Cards, retailers and top-up facilities should have been widely available before the punishment fares were introduced - the Minister knows [this]," Opposition transport spokeswoman Fiona Simpson said.

Simpson said while "the Bligh Labor Government had been embarrassed into rolling out go card facilities belatedly at some additional train stations, there were still Go card blackspots in suburbs across South East Queensland.

"The vast majority of suburbs across Brisbane have a single newsagent or convenience store selling go cards while many more are without any facilities to top up the cards," Simpson said.

The distribution problems with Go card were exacerbated last week by a security breach involving the card system.

Two call centre agents were stood down over the incident pending investigation.