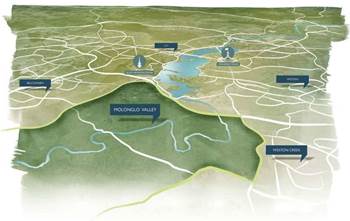 TransACT has appealed to Communications Minister Stephen Conroy for an exemption to recently passed NBN legislation that had stalled a greenfields network build outside Canberra.

The legislation, designed to shield NBN Co from being undermined in metropolitan areas, narrowly passed Parliament in late March with exemptions for backhaul and business fibre network operators.

It allowed greenfields operators to continue extending fibre networks in housing developments where network construction was underway, but retroactively caught out some planned greenfields builds.

TransACT was able to extend its existing fibre network, which covered six Canberra suburbs, by a further kilometre under safe harbour included in the legislation.

However, the provisions had captured TransACT's plans to roll out new fibre at the Molonglo Valley outside Canberra.

A formal exemption from Conroy would be required to seal the agreement with Molonglo Valley developer the Land Development Agency.

"It's a bit unfair, but that's the way the law works," Slavich told iTnews.

"We've been in discussions [with LDA since] last year and we actually signed the contract before the legislation was passed."

A spokesman for Conroy indicated there had been multiple formal pleas for exemptions to the new rules since the legislation was passed but would not clarify how many.

Exemptions would be granted by the Minister after consideration of the size of the network involved, impact on greenfield investors, types of customers served and any possible impact on NBN Co’s own objectives, he said.
In order to be granted the exemption, Slavich said TransACT would be required to show the extent of negotiations with the LDA.

The Molonglo development was expected to hold 33,000 new premises over an eventual 13 suburbs, with the first two portions of land released and ready for construction this year.

The LDA had advertised the development as using fibre-to-the-premises technology for individual homes, with TransACT serving as provider of first resort.

The rollout would come in addition to TransACT's existing fibre network, which covered active or soon-to-be active connections at 16,500 premises in the Canberra suburbs of Crace, Bonner, Harrison and the Flemington Road Corridor, along with contracts at greenfields sites in Forde and Franklin.

In an NBN world

Slavich had previously confirmed negotiations with NBN Co to potentially offload its cable and fibre customers onto the NBN, in a deal similar to those struck by Telstra and Optus last week.

He refused to delve into greater detail due to commercial-in-confidence negotiations.

The coalition has been pushing an amendment to greenfields legislation that would have NBN Co purchase infrastructure built by third parties in greenfields sites.

Slavich said he was open to either idea to prevent over-build of the network.

"I would envisage that where we have TransACT network, it wouldn't make sense for NBN to overbuild but where we don't have network, and NBN wants to build, they're welcome to build it, if there's no network there we'll become an RSP with that network," he said.

TransACT yesterday became the latest in a long line of service providers eager to begin retailing NBN services as the network is being rolled out.

The company announced this week that it had begun on-boarding with NBN Co for the network, a process that would likely last two months and guarantee the provider's eligibility for services at first and second release mainland sites as they came online.

The new agreement was part of a larger ploy by the company to extend its off-net wholesale arrangements, which also include Telstra, Optus, ispONE for fixed line and Vodafone for mobile services.

TransACT offered ADSL and other fixed line services in the eastern states and South Australia but was yet to break the Western Australian market.

Slavich would only guarantee retail NBN services through the ISP at the Canberra suburb of Gungahlin, a second release site and a long-running example of network under-investment and broadband inequality.

Although TransACT may on-board a handful of customers at the five first release sites, it would only enter markets it deemed profitable.

"We'll only supply customers if it makes commercial sense," he said.