TPG's $20 "prepayment" for extras lands it in hot water 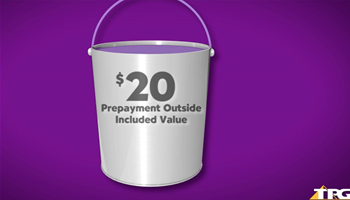 TPG is set to face federal court proceedings over a $20 “prepayment” it takes from customers to cover costs incurred - but not included - in telecommunications plans, such as overseas calls.

The Australian Competition and Consumer Commission (ACCC) said it had filed suit against TPG alleging “misleading conduct” over the prepayment and other contract terms.

The ACCC alleged that TPG said the prepayment credit “could be used for excluded telecommunications services before the consumer cancelled their plan.”

“However, the prepayment operates as a non-refundable fee and TPG retains at least $10 of the prepayment when a customer cancels their plan,” the ACCC alleged.

“A reasonable consumer would expect that this $20 payment would be refunded if it was not used, but in fact it is non-refundable. It is unacceptable that TPG only disclose this forfeiture in fine print,” ACCC deputy chair Delia Rickard said in a statement.

“This means that customers can’t use at least $10 of the prepayment for telecommunications services when they cancel their plan, which is not disclosed,” the ACCC said.

“Since March 2013, the ACCC estimates that TPG is likely to have retained millions of dollars paid by consumers in prepayments that were forfeited,” Rickard said.

The ACCC said it is seeking undisclosed “penalties and compensation for consumers”.