TPG still unsure how much broadband tax it could pay 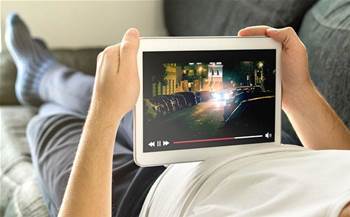 TPG Telecom is still unsure how much broadband tax it could be liable for if the long-delayed legislation is finally passed, owing to the levy’s ill-defined applicability to business services.

“The regional broadband scheme - if it goes ahead, as it looks unfortunately that it will - will levy a tax of $7.10 approximately on our high speed residential broadband services,” he said.

“There are about 123,000 of those. There is - under the legislation, I understand - an exemption for the first 25,000 so you’ve got approximately 100,000 subscribers that we will need to pay the tax on. That’s on the residential side.

“My understanding of the proposed legislation is that it also now extends to the business/corporate/enterprise side.

“To us there’s still not sufficient clarity of how that will be applied for us to be able to reliably estimate the number of services that will be impacted by that tax in the corporate sector.”

Banfield’s comments echo those of other major business players like Telstra, which has also raised concerns that working out which business “premises” to apply the tax to is nowhere near as easy as in the residential market.

Telstra argued the tax could be applied to business services in operation (SIOs) instead of premises to make the determination of liability easier.

Senator Linda Reynolds said during senate estimates earlier this week that the bills were likely to be put to vote in the senate sometime this month.

“The bills didn’t come forward in the last sitting week [of February] because I understand the legislative program was full,” she said.

“However, I’m expecting them to come up in the senate this month.”

Communications department officials said they were confident that telcos were prepared to deal with the tax, if it were to come into effect in July this year as is now planned.

“We have had some concerns raised by carriers about their preparedness to respond to the requirements of the bill in the past,” first assistant secretary Jennifer McNeill said.

“We are conscious of those concerns.

“On the other hand [they] have had a very long lead time coming into the passage of the law so we’re not too concerned about it.”

TPG reported a mixed bag when it comes to the NBN market in its half-year results.

The company continued to face what it called “NBN headwinds”, resulting from a gross profit margin reduction when migrating users from DSL to NBN services; declines in iiNet fixed voice profitability; and a “decline in profitability of [the company’s] existing NBN base”.

On the decline in profitability, Banfield said that connectivity virtual circuit (CVC) amounts that came bundled with NBN services were increasingly not keeping pace with usage on the network.

The same argument has previously been raised by the likes of Aussie Broadband and Optus.

“Our concern is that the CVC inclusion increases don’t keep up with the escalation in customer’s data usage,” he said.

Asked to provide detail on the gap between inclusions and demand, Banfield noted, “We don’t want to go into that level of detail on this call I’m afraid.”

TPG chief operating officer Craig Levy said that, like other NBN retailers, most new sign-ups to the network were on the 50Mbps tier.

TPG also reported that recent changes to the way NBN Co charges for 12Mbps services resulted in a $7 million reduction in the NBN headwinds the company faced.