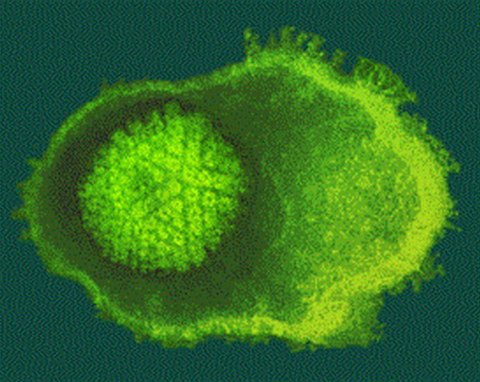 Sophos identified an average of 5,000 new infected web pages every day from January to the end of March, indicating that this route to infection is becoming more popular with cyber-criminals.

As computer users become increasingly aware of how to protect against email-aware viruses and malware, hackers have turned to the web as their preferred vector of attack.

The top 10 malware families hosted on websites in the first quarter of 2007 were as follows:

Sophos reported that not all of the infected websites were created by the hackers themselves.

Some 70 percent were bona fide websites that were vulnerable to attack because they were unpatched, poorly coded or had not been maintained by their owners.

The most high profile website infection of the quarter happened in February when hackers placed malicious script, identified as Mal/Packer, on the official Miami Dolphins website.

The American football team was due to host the Super Bowl the weekend after this happened, so its site was an extremely popular destination for web surfers at the time.

In another incident in March this year, cyber-criminals used spam campaigns to lure users to hacked sites in an attempt to sell goods.

By using legitimate URLs in their spam messages, the hackers were able to avoid less sophisticated spam filters, and when the victim clicked on the link they went to a genuine website only to then be automatically redirected to the hacker's site.

"What is most worrying is that so many websites are falling victim because the owners are failing to properly maintain them and keep up to date with their patches," said Carole Theriault, senior security consultant at Sophos.

"The average internet user assumes that sites like the Miami Dolphins homepage are safe to access, but by targeting a whole range of internet pages, hackers are successfully infecting a larger number of unwary surfers. Any ill-maintained website can fall victim."

Sophos revealed earlier this month that there was a surprise newcomer to the dirty dozen spam relaying countries.

Having never made an appearance in this chart previously, Poland made a dramatic entry at number three and was responsible for relaying 7.4 percent of all the world's spam.

The security firm reported that one single ISP is largely responsible for Poland's position as one of the world's principal spammers. From January to March 2007, one in 20 of all spam messages worldwide was sent via Polish Telecom.

"The fact that one average-sized Polish ISP is single-handedly responsible for relaying five per cent of the world's spam is astonishing. We are currently in talks with them on how they can reduce this glut of unwanted mail," added Theriault.

"Spam is a difficult problem to solve as every government legislates differently and the responsibility of the ISPs varies from place to place.

"There are also market demands that often pressure ISPs to lower prices rather than invest into processes to clean up their output."

Got a news tip for our journalists? Share it with us anonymously here.
Copyright ©v3.co.uk
Tags:
dramatically grow malware security total volumes