Toshiba LCD plant out for a month 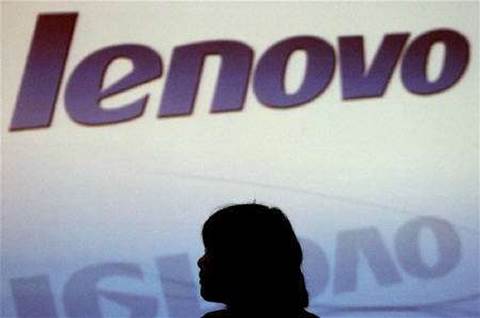 Hitachi also said production of small LCDs will be halted at its factory near Tokyo for a month as it deals with damage and power outages stemming from last week's 9.0 magnitude earthquake.

The closures are the latest in a series of plant shutdowns by Japanese companies following the earthquake, tsunami and subsequent nuclear fallout threat, which threatens supplies of everything from semiconductors to car parts to manufacturers across the globe.

Any lengthy disruptions to regional production networks could spill over into global supply chains, potentially putting a dent in corporate profits and economic growth more broadly, worries over which have been reflected in falls in global share prices.

Toshiba's assembly line at a plant near Tokyo making LCDs for smartphones and other devices will be closed to repair sensitive equipment knocked out of alignment by the quake, a Toshiba spokeswoman said on Thursday.

Another plant in Japan making small displays was undamaged, she said.

The Toshiba plant supplies the mobile phone industry and auto makers for navigation displays, and its two factories including the one still operating account for about 5 percent of the global small LCD display market, said Damian Thong, an analyst at Macquarie Capital Securities in Japan.

"Given that car production in Japan is down anyway, a one-month stop in production may not be as problematic as it might seem," Thong said.

"However, given that the market for smartphones outside Japan is pretty active, supply disruptions there could cause problems for some handset makers of some models."

Toshiba shares, down over 30 percent this week, closed 0.9 percent weaker on Thursday. Toshiba is a sprawling conglomerate that also made some of the reactors at the stricken Fukushima nuclear plant, north of Tokyo.

Lenovo, the world's No.4 personal computer brand, joined a growing list of companies in a range of industries warning of disruptions to their production in the medium-term, as stocks of components such as batteries are drawn down.

"In the short term there won't be much impact. We are more worried about the impact in the next quarter," Lenovo Chief Executive Yang Yuanqing told reporters in Shanghai on the sidelines of a conference on Thursday.

Lenovo shares were down 4.1 percent in late afternoon trade, underperforming the broader Hong Kong market, which was down 1.9 percent.

The supply of batteries for notebook PCs in particular could come under pressure, as key suppliers such as Sony have shut down a number of factories in Japan, said Michael Clendenin, managing director of RedTechAdvisors, a technology research firm based in Shangahi.

"Sony and Sanyo would be two of the key suppliers, and Sony has essentially shut down five or six of its factories in Japan so that's clearly going to cramp the battery supply for notebook PCs, where you see Lenovo making a big push these days. It's going to cast a lot of uncertainty over their Q2 ability to make shipments," Clendenin said.

Even if PC companies such as Lenovo wanted to turn to suppliers in other countries, questions would remain over how much capacity they would have, he added.

"If everyone is turning now to these secondary or back-up sources at the same time, the back-up source is not going to have the capacity to handle everything."

Ericsson, Alcatel-Lucent and chipmaker STMicroelectronics all warned of a likely impact on supplies this week, echoing fears raised in the auto industry, where the closure of major Japanese car and parts plants could affect U.S. carmakers in as little as two weeks.

Some governments have also started to mull measures to cope.

The cabinet of Taiwan, whose economy is highly dependent on the high-tech sector, said on Thursday it would consider cutting tariffs on components for electronic products if supply shortages developed as a result of the Japan earthquake.

"The impact from the earthquake has been limited as most companies have inventories at hands. But we're closely watching the power disruption situation in Japan. If necessary we'll consider lowering import tariffs on components," said Lien Ching-chang, deputy director general of the Industrial Development Bureau of the economics ministry.

He did not elaborate what components' tariffs would be slashed or how big the cuts would be.

Many of Taiwan's tech firms make PCs and electronic gadgets for major brands such as Apple Inc.

Taiwan stocks shed 0.5 percent on Thursday, extending falls in recent sessions, as concerns over disruptions to Apple's supplier chain weighed on shares of manufacturers such as Hon Hai Precision.