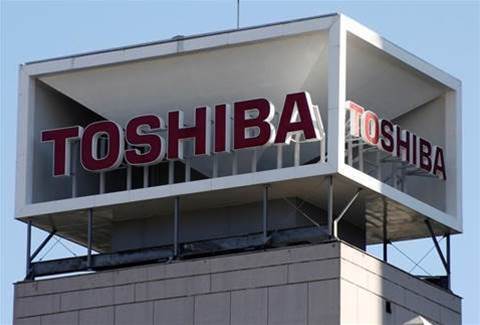 Money needed to keep the lights on.

Toshiba is likely to win creditors' approval for offering its prized memory chip business stake as collateral for new loans and loan commitments worth around 1 trillion yen (A$12.1 billion).

The approval is crucial for the troubled conglomerate, which needs billions of dollars in fresh funding to tide it over before it can complete the sale of the memory chip unit, which is expected to raise around 2 trillion yen.

Some small lenders have baulked at the offer as they have been offered other Toshiba assets as collateral, such as its group companies' shares and real estate.

A few had not given their approval ahead of last Friday's deadline, but Toshiba's main lenders expect all creditors to give their consent, sources briefed about the matter said.

In exchange for the chip unit stake as collateral, Toshiba hopes to get about 300 billion yen in fresh loans and to be able to draw down loan commitments worth 680 billion yen, the sources said.

The loan commitments - promises by lenders to lend money - were previously set up, but Toshiba needs approval to draw money from the banks given its financial problems.