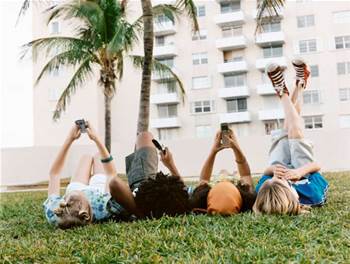 SMS revenues contribute no small portion of telco earnings. In June 2008, Singtel-owned Optus announced to its shareholders that SMS revenue accounted for 24 percent of its average revenue per user, up 1.4 per cent from the previous year.

MMS was introduced in 2002, and EMS in the late 1990s. Both build on existing SMS technology to include features like picture, video, and group messaging.

So far, interoperability has been the greatest barrier to adoption of these SMS successors.

In June 2008, the mobile industry renewed its efforts to popularise EMS via the CTIA's Wireless Internet Caucus Enhanced Messaging Action Team. The team aims to develop an "Inter-carrier Mobile Enhanced Messaging Recommendation" that will articulate the value of a next-generation EMS to carriers and subscribers.

"It's going to be hard to predict consumer behaviour in the future, but obviously efficiency and productivity in the enterprise is going to be increased with this [EMS]," said Kate Kingberger, CTIA's Director of Industry Development.

The Enhanced Messaging Action Team is banking on productivity enhancing potentials of group messaging and presence information for EMS's success.

Kingberger highlighted the reply-all functionality of EMS and its potential for quick, real-time communications within a group of employees without the need for a designated group moderator or facilitator.

She expects rapid uptake of EMS to begin in 2010 in the U.S., noting that it took the country's SMS market five years to grow to its current size of 110 billion messages per month.

The industry is working on lowering the financial barrier to entry for EMS and improving interoperability with legacy technologies such as SMS, MMS and 2G technologies, she said.