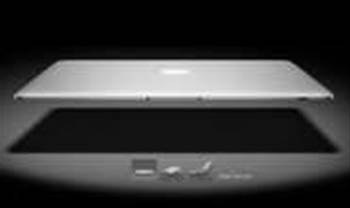 If you can buy a computer carved out of a block of metal, you can buy one to do anything. Almost. We look at the top 10 claims for laptop quality.

With the recent release of the new Apple MacBook Air, which is apparently crafted out of a single block of metal, we've decided to have a look about for some other impressive sounding laptops.

If you have a niche requirement such as: "I only want a laptop that is carved from a piece of aluminium", then this is the place to look. The products below are neat devices that could get you out of a spot of bother - whether that is at the oversized baggage counter, or on the top of a cliff in a heavy downpour. Here you will find laptops that can stand falling off desks; laptops that could save the planet; and notebooks that can survive the British weather.

Which is the toughest?

Is the Panasonic Toughbook the toughest notebook? It certainly looks like it. Not only does it look like a briefcase that could withstand a bomb blast, but it can stand a fall of almost a metre. We think that this means that it could fall off the top of Jeanette Krankie's head without breaking. Disturbingly, the web site has a picture of an elephant stamping on one (a Toughbook, that is, not a Krankie). We presume that this is to demonstrate its toughness, rather than the fact that one disgruntled user happens to be an elephant.

Which is the most waterproof?

On its web site Getac shows its notebooks being exposed to a multi-directional shower - putting us in mind of certain other online videos that you wouldn’t find on our site. It certainly looks waterproof, everything is sealed and the water just runs off the keyboard. Unless they are prepared to send one in, we can't say whether it would withstand a large dose of cider, and at almost £5000 you could not call it a drop in the ocean either.

Which is the thinnest?

There is a lot of competition here, but the aforementioned MacBook Air is so thin it is almost not there. According to Apple it is almost as thin as your index finger which is presumably the digit that Apple chief Steve Jobs sticks in the air in the direction of his competitors - at least those competitors that might be as slim, but only get a thin slice of the sales pie. But really, how thin is too thin? Do you actually want to lose your laptop down a crack in the pavement?

Which laptop is most likely to be used to save the world?

The fact that an Apple iBook in the film Independence Day was used to send a computer virus to marauding aliens prompted blog comments such as: "Are the aliens using RS-232, or USB 1 or 2, or maybe Firewire. Maybe Ethernet or maybe Token Ring. I can't believe the aliens would use our physical interface specifications." Of course, we believe everything the former Fresh Prince says or does. Speaking of the Prince, his song Boom, Boom Shake the Room reminds us that the next entrant is:

Which laptop is least likely to blow itself up?

A tough choice this one, quite a few vendors have been forced to withdraw their devices following battery-based explosive incidents. In this case it was made even harder by the fact that our own piece of equipment decided to turn itself into an incendiary device during the research process. Feel free to contribute your own experiences so we can compile a definitive list.

Which is the most powerful?

CompAmerica appears to lay claim to the title of most powerful laptop. It's Orca Extreme is certainly pretty consistently harpooned by our researchers. Although the firm has given itself a name that surely is the first out of the end of a screenwriter's fingertips, it actually calls itself the best little computer company in the world. Which is nice. When it comes to the Orca Extreme in question, it's specifications are anything but little.

Which is the most expensive?

The Ego notebook is surely a major contender here, and cream of the crop is its Bentley model. The laptop is clad in Bentley leather and stamped with the iconic Bentley logo. It even has what looks like a Bentley door handle on it. There are only 250 in the world, and it will most likely set you back £10,000. Still, at least its never going to get you a parking ticket.

Which laptop really should never have been lost?

Is the Ministry of Defence’s infamous lost laptop the most inappropriate device to find itself in the wrong hands? Possibly. Unfortunately, we are loathe to write too much about government bodies and their laptops in case they start investigating us. And we would hate to find our personal information falling into the wrong hands.
Which has the strangest keyboard?

Sony has a Vaio with the snappy title VGC-LJ25L, that looks the least like a laptop out of all the ones we've seen so far. Sure, it has a 15.4in wide display, but below that everything goes a bit odd. Ever specifically wanted a laptop with only half a keyboard? Then this should go at the top of your Christmas list.

Which is most likely to act as a girlfriend repellent?

NEC's Himitsu Kitchi Type No-1, which it co-designed with the toy maker Takara, looks like the ultimate gamer boy’s-toy laptop, which surely can’t ever be seen as a good thing. It looks like something that would fill the centre of a control panel in a tank, and even has an LED message panel and emergency alarm button. If you are on the look out for one, be warned, there were only ever 300 made, which is somewhat less than the number of single guys out there.

Got a news tip for our journalists? Share it with us anonymously here.
Copyright © 2010 Computing
Tags:
10bestcomputersfeaturesfoundhardwareinlaptoptop