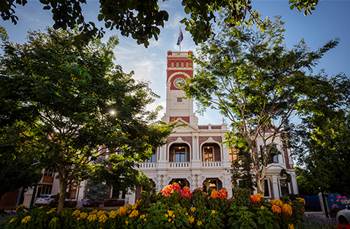 Tens of thousands of smart water meters on the way.

The council is to deploy 68,000 smart water meters, not only to give residents near-real-time consumption information, but also to help with leak detection.

Meter deployment begins mid-2022 under a four-year project “designed to reduce the amount of leakage and non-revenue water for the council”.

The council will also install sensors to measure pressure within its pipe network.

Councillor Rebecca Vonhoff, who chairs the council’s water and waste committee, said council will give residents access to their metering via either a web portal or an app.

Having easy access to metering will let them identify activities that cause high water consumption.

“If properties have an underground leak, the meters will also help with early detection”, Vonhoff said.

“This is an exciting water-saving project as the meter replacement program will allow for advanced analytics and help balance the entire water network.

“Essentially, this means that council will be able to operate the water network more efficiently and residents will be able to monitor their own water usage effectively which will provide cost savings to both the resident and to council.”

The meters will be connected using Optus’ narrowband IoT network. The rollout will include devices and an advanced metering infrastructure platform provided by IOTA, and the GreenBe customer portal.

Deployment will be handled by ETS Deployment Services.

During the second quarter of this year, the council will seek residential, industrial, and commercial volunteers. They will take part in the initial proving-up stage of the meter rollout, allowing for system test and fine-tuning.

Water authorities have increasingly looked to IoT rollouts to improve their asset management, and have become an increasingly attractive target for telcos.

In 2020, Sydney Water announced it would expand its technology trials with thousands of new sensors, while in 2019, Hunter Valley Water signed the National Narrowband Network for a similar project.