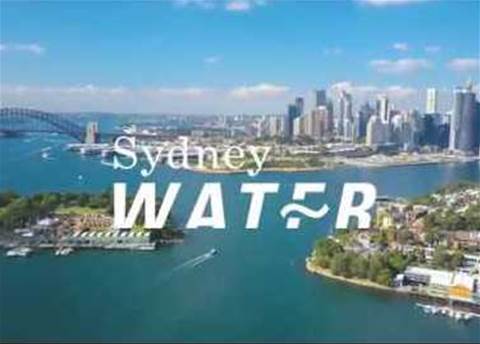 Sydney Water will deploy “thousands” of new internet of things sensors in the coming months, ramping up technology trials that have so far seen around 1500 sensors deployed into the field.

The utility has been running IoT technology trials since 2017, with a primary focus on detecting service faults before they can negatively impact customers.

“We are currently exploring applications, such as the detection of sewer blockages and overflows, monitoring of water pressure and digital metering of customer water usage and have identified many more potential use cases we will investigate in the future,” a Sydney Water spokesperson told iTnews.

“The rollout shows some early benefits; for example, the system detected a number of blockages in sewers which our crews could clear before customers or the environment were impacted.

“We plan to expand the IoT trial rapidly and roll out thousands more devices over the next [few] months.”

The spokesperson said the technology trials to date covered various low-power wireless networking technologies, as well as sensors, transmitters and IT platforms.

Part of its more recent work is in association with the Western Sydney Parkland Sensor Network project.

The sensing project has largely stayed out of the public spotlight but is part of the ambitious Western Sydney City Deal, which involves federal and state governments, and eight councils.

The utility’s spokesperson told iTnews that it “is providing each participating Council with a minimum of one LoRaWAN gateway.”

LoRAWAN stands for long range wide area network. The gateways being installed will join The Things Network (TTN) and are being installed “on Sydney Water or Council properties and offer both private and public LoRaWAN access.”

The Sydney Water properties hosting the wireless infrastructure are believed to include water reservoirs and towers.

“The ability to capture more and higher frequency of data will drive predictive analytics and machine learning capability with the ultimate goal of delivering artificial intelligence to support operations decision-making and enabling cognitive automation,” its spokesperson said.

“This, along with data from SCADA, drone technologies, building information modelling (BIM), asset performance data and hydraulic models, will be utilised to deliver digital twins of assets, systems and cities that will transform the way that planners and operators of the future work in a modern utility.”

Digital twins are virtual representations of physical assets and can be used to run realistic scenario tests before making changes to production infrastructure.

“As the next step towards this goal, Sydney Water has just begun an expression of interest (EOI) process for a strategic partner in the area of AI/ML,” the spokesperson said.

The EOI notes that the utility hopes to combine real-time data flows with “a rich historical dataset gathered over more than 20 years, coupled with a wealth of internal subject matter expertise, to contribute to the desired outcome.”

It is hoping to find a third party to help it develop “water utility AI and ML models coupled with associated technologies to allow us to operate in a predictive and proactive manner.”

In addition, Sydney Water flagged broader use of AI/ML techniques in the organisation, which could be pursued in subsequent phases of work.

“Whilst the focus of this EOI aims to advance our recently implemented IoT pilot and will be primarily around customer focussed operations and maintenance efficiencies we are cognisant that there are significant opportunities for the application of AI/ML to other domains within the business such as planning, HR, safety and property,” Sydney Water said.

“It is envisaged that these opportunities would be explored as a second phase of the program.”