Tony Smith: Portrait of a ghost 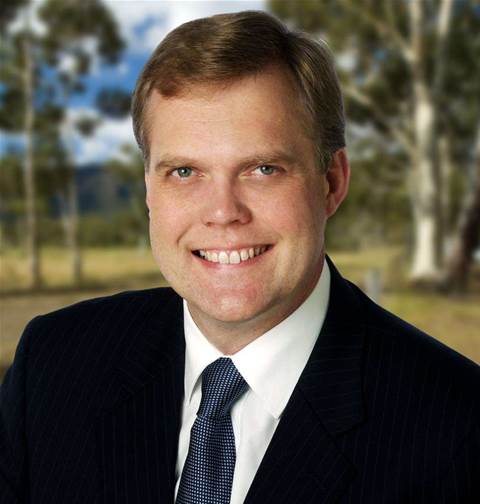 Shadow Communications Minister Tony Smith has had six months to develop a communications policy but it seems he finds it safer to remain in the shadows.

On replacing Senator Nick Minchin last December, Smith told The Australian that he looked forward to playing a "constructive role in presenting a viable Coalition alternative to Labor".

But nothing constructive has ensued. In March, he told the ATUG conference the Coalition would  "release our policy in good time".

In time for what? Six months from his appointment, where is this alternative?

Smith's staff told iTnews yesterday that "within weeks" the shadow minister would announce a policy.

With an election four weeks away, that doesn't give the industry a lot of time for scrutiny.

We know so little. Just a few off-hand comments from speeches here and there.

We know that he'll disband the NBN rollout and would gladly tear up the agreement between Telstra and NBN Co if he could get his hands on it.

We know that in its place, he would propose a plan that uses the abandoned OPEL project as a template, relying on the private sector to overcome the structural impediments to telecommunications industry competition.

We know he won't touch the contentious internet filter issue with a 10-foot pole.

And that is about it. Beyond communications, the Coalition has remained silent on the Gershon review and Finance Minister Lindsay Tanner's response - with implications as varied as cuts to public service contractors, consolidation of data centres and centralisation of IT services.

On August 10, Smith will debate senators Conroy and Ludlam at the National Press Club.

And, so far, it looks like he'll go in with plenty to whinge about but no alternative vision of his own.

Without a plan, Conroy will destroy him.