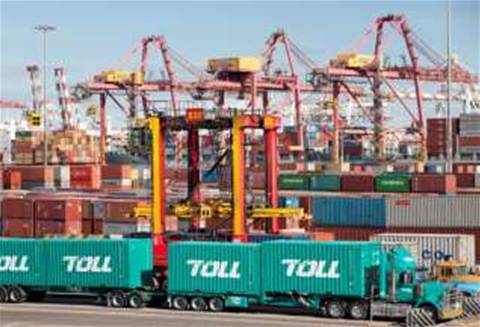 All eyes on operations.

Logistics giant Toll Group has looked to software-as-a-service to upgrade the financials and CRM systems of its Asian subsidiary, Global Express Asia.

Toll migrated the Singaporean and Hong Kong operations onto the NetSuite OneWorld platform in July 2012, which took around four months, but the Chinese migration was put off until this year.

"We had a lot of staff changes and some process changes we had to make [in China]," head of financial and commercial, Jey Jeyakumar, told iTnews on the sidelines of a NetSuite event this week.

"We just rolled that out [to China] in September this year."

The initial migration aims to improve financial consolidation of the three countries' operations. Jeyakumar said there was a lack of accounting process consistency across the three countries, with users battling with a mix of MYOB and Microsoft Excel.

Financials for the business were consolidated in Singapore before being sent down to corporate headquarters in Australia.

"Every country was doing [things in] their own currency," Jeyakumar said. "We had to work them manually into Singapore dollars and then into Australian dollars for consolidation. There were a lot of manual conversions".

Jeyakumar said that bringing all its operations onto NetSuite — a total of about 130 seats — had automated consolidation processes and "brought a lot of data integrity for us and [to our financial] reports".

The project was driven by the Finance department but involved Toll's IT department, Jeyakumar said.

Toll has otherwise been adopting a group-wide rather than siloed perspective on spending — under a program of work known as One Toll.

Jeyakumar said Toll didn't have an existing global system that could be readily adapted to meet the needs of the project.

"This is obviously a business specific requirement and Toll didn't have a system that we were able to adapt to this very quickly," he said.

"We didn't have an ERP [enterprise resource planning] system that cut across everything anyway. [NetSuite] was a better fit."

Once all three Global Express Asia operations were brought onto NetSuite for financials, the company expanded use of the platform to also cover customer relationship management (CRM), a capability that had not previously existed.

CRM is used for oversight of in-country sales teams, particularly from regional offices in Singapore.