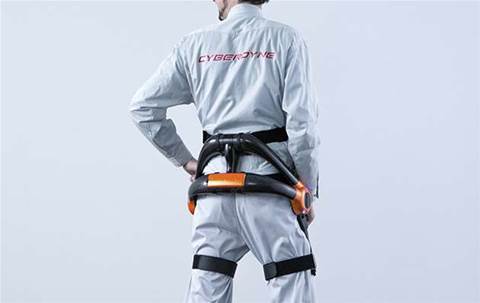 Qantas passengers may be among first to interact.

Travellers on the new Sydney-Haneda Qantas flights are likely to receive a glimpse of the future upon landing as the Tokyo-based airport begins a major project to put robots in all passenger terminals.

The MOU is more than just a signed piece of paper - it's an agreement that will see workers given HAL suits, alongside the deployment of cleaning and transportation robots at Haneda by September.

The Japan Times reported five versions of HAL would be provided to workers to assist in "loading tasks", such as picking up heavy baggage.

HAL is wearable and acts like a robotic reinforcement, allowing its human to - for example - lift or carry items safely that would otherwise be too heavy.

In addition, five cleaning robots and three transportation robots - capable of carrying loads up to 200kg - will also be in use in terminals by September this year.

As well as making life easier for airport workers, the robots will act as a live "sales promotion" for the technology.

In addition, JAT and Cyberdyne plan to combine knowledge to develop a new generation of robots that are specifically designed for airport environments.

"The purposes of the basic agreement include demonstrating Japanese technology at Haneda Airport, the gateway to Japan; providing quality services to airport customers premised on safety, security, and convenience; and creating a healthy and comfortable working environment for airport employees," Cyberdyne said in a statement.

"Building on the basic agreement, the two companies will work hand-in-hand with related parties to make Haneda Airport a world pioneer in robot technology use in airports."

JAT said in a separate statement that it was looking at robots in part to shield itself from difficulties in attracting workers in future.

"Japan faces tough challenges such as fewer children, the ageing population and a decline in the working population while demand for air services to and from airports centering on the Tokyo metropolitan area is expanding," it said.

Qantas passengers will be among the first Australians to experience this robotic future, with the airline launching a new route between Sydney and Haneda on August 1.