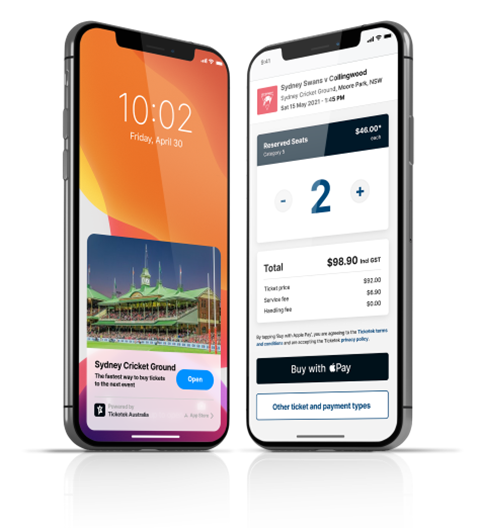 TEG-owned Ticketek has launched an App Clip to allow customers with an iPhone to buy tickets without needing its full iOS app.

Released with iOS 14 last year, App Clips are mini versions of apps that are accessible via designated QR codes or by tapping an NFC tag.

Digital tickets are then sent directly to the customer’s iPhone and can be stored in their Apple Wallet.

Ticketek held a successful trial earlier this month at the Sydney Cricket Ground and will launch the feature at the clash between the Sydney Swans and Collingwood tomorrow.

The feature is then set to be rolled out across Ticketek’s Australian venues followed by a global launch throughout its venue network.

“We are thrilled to bring another world-first to Ticketek fans in the form of our fastest, most convenient path to purchase yet,” said Hoy.

“The Ticketek App Clip will create a frictionless event day experience for fans, giving them access to mobile tickets in as few as two taps.”