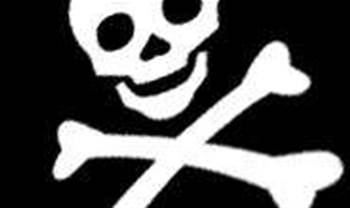 New research from Monash University has found "three strikes" or graduated response laws introduced to reduce internet-borne copyright infringement are by and large ineffective and do not steer users towards legitimate sources of content.

Written by Rebecca Giblin at Monash University's Faculty of Law, the research paper found no connection between graduated response regimes and reduced piracy.

"There is no evidence demonstrating a causal connection between graduated response and reduced infringement. If 'effectiveness” means reducing infringement, then it is not effective,' Giblin concluded.

The paper considered graduated response systems in France, New Zealand, Taiwan, South Korea and the UK, all of which have enacted laws that penalise customers in some form, with fines and disconnections, for repeated infringements.

France's HADOPI system, which is currently under review by the new government, appeared to be not very well equipped to identify and process the most egregious repeat offenders, Giblin wrote and has done little to quell piracy in the country.

"... when the data is carefully considered, there is scant evidence that the [HADOPI] law actually reduces infringement," Giblin said.

Acoss the Tasman, research into internet traffic from Waikato University in New Zealand "suggests some ongoing shift in user behavior, and likely some net reduction in infringement," Giblin said. However, the research noted that while the amount of P2P traffic fell, encrypted HTTPS data volumes saw a massive increase.

The Waikato researchers theorised that the increase was caused by a shift towards non-P2P sources of infringing material.

"There is also evidence that the law is driving anti-regulatory activity in New Zealand. Because the NZ scheme applies only to file-sharing via P2P networks, it can be simply bypassed by switching to other tools for infringement," Giblin said.

These tools include Usenet, cyberlockers, VPNs, remote access protocols and so-called seedboxes, which are remote servers hosted on high-speed networks in other jurisdictions, to which users can download content via Bittorrent and then directly access over an encrypted connection.

Neither the Waikato University research nor rights holders' studies that point to infringing file sharing reducing in New Zealand considered the impact of better access to new, legitimate content services.

In South Korea and Taiwan, graduated response systems appear to have had very little if any impact on copyright infringing file sharing, Giblin wrote.

"Although the Taiwanese scheme has now been in operation for several years, there seems to be no evidence in the English language materials that any user has had their access suspended under the law, or any plausible evidence put forward to suggest it has brought about any reduction of infringement," according to Giblin.

However, one positive side-effect of the Taiwanese scheme was that the country was removed from the United States Trade Representative's special watch list, on which nations that do not comply with American intellectual property legislation are noted for possible sanctions.

Giblin also looked into whether graduated response regimes helped steer users away from infringing content sources, towards legimate ones instead. She found no evidence of this in France or Korea however.