The tech giants that paid no Aussie tax last year 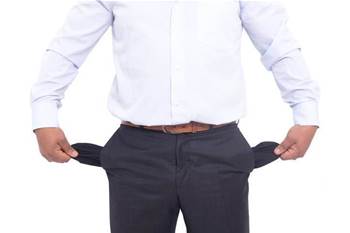 IBM, Atlassian and Unisys were among some of the world’s largest IT companies to avoid paying any Australian tax last year, new data released by the Australian Taxation Office reveals.

The ATO on Thursday published its fifth annual corporate tax transparency report, disclosing the tax bills of the country’s biggest companies during the 2017-18 financial year.

The report show that 710 of these companies paid no tax in Australia in 2018, including at least 25 IT companies – some of which have avoided paying tax on multiple occasions since the reporting regime began in 2013-14.

While the majority of the IT companies avoided paying tax because they did not generate any taxable income during 2017-18, several paid no tax despite generating income.

Companies that did not to pay tax during 2017-18 because they did not generate any taxable income were also present on the list.

At least some of this can be explained by losses, which are for both accounting and tax purposes, or signal a company is using offsets against their profits to reduce their tax obligations.

Deputy commissioner Rebecca Saint said that while, as in previous years, paying minimal or zero tax was often due to losses, the “number of large companies paying no tax continues to decline”.

“The positive trend we are now observing is that many companies have ceased generating accounting losses and are now offsetting profits by utilising losses from prior years,” she said.

“We expect many companies to exhaust these losses and begin paying income tax in the coming years.”

“However companies that consistently report sustained losses do raise a red flag. The community should be reassured that we closely scrutinise the tax affairs of the largest companies.”

But despite the number of large companies paying no tax falling during 2018, many tech firms were still paying well below the full corporate tax rate of 30 percent.

Google, which brought in $1.03 billion in revenue, paid $37.2 million on a taxable income of $188.1 million during the period, making its effective tax rate 19.8 percent.

Other IT companies that paid a tax rate of lower than the full 30 percent corporate tax rate include:

The IT companies that paid the full 30 percent corporate tax rate – or just under – include: